After Scotland narrowly missed out on sending the Australians packing, for the first time there'll be four Southern Hemisphere sides in the Cup semi-finals - the same four nations who play for the annual Rugby Championship: Australia, Argentina, New Zealand and South Africa.

But the Wallabies will know they're incredibly fortunate to still be alive in the tournament. The Lucky Country may just have used up all that famous good fortune after South African referee Craig Joubert blew for what turned out to be the match-winning penalty to Australia - with under a minute to go. 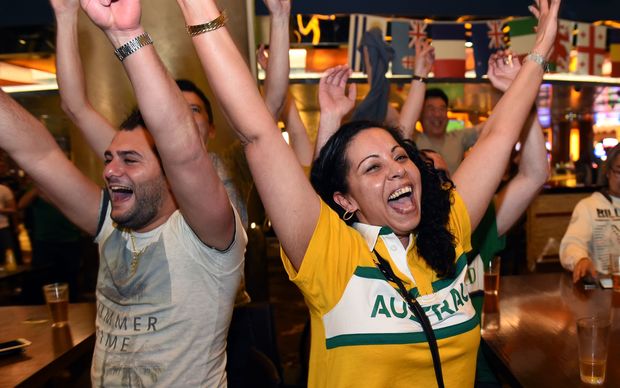 Scotland were two points ahead when Joubert ruled - without going upstairs to the video referee, despite desperate pleas from the Scots - that the ball had come off one of their players and into another, who was in an offside position.

Replays seemed to show it came off the back of a Scot then touched a Wallaby, meaning it should have been an accidental offside and an Australian scrum - not a kickable penalty. 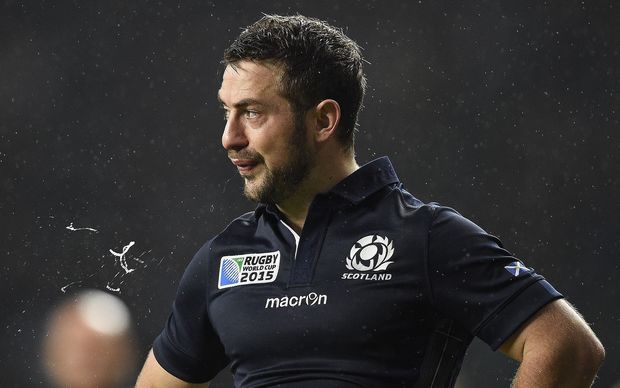 Instead first-five Bernard Foley slotted the three-pointer for the 35-34 win, to scrape into the semi-finals against Argentina, while the All Blacks will play South Africa.

Even The Sydney Morning Herald admitted Foley's match-winning penalty was "controversial", or at least it did on its website's front page before reverting to softer language in its report and calling the one-point get-out-of-jail win "the narrowest of escapes against the Scots".

"The win will be debated for days to come, with commentators divided on the validity of the defining penalty," the paper's chief rugby reporter wrote.

The Times called it "rough justice" and said: "In the end, you didn't know whether to laugh or to cry, to cheer or boo".

Japan's Kyodo News also called the Australian victory "controversial". "The Rugby World Cup will once again be won by a team from south of the equator... the Scots will be feeling particularly aggrieved they are not still in the mix."

The Independent called it a "miserable weekend for Northern Hemisphere rugby", lamenting "two controversial calls from referee Craig Joubert" but hailing the Scottish effort as "a performance to be proud of".

Indeed, it was still the Scots' highest-ever points tally against Australia. 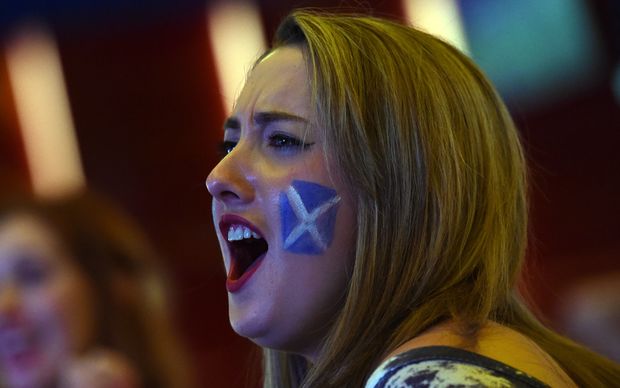 A Scottish rugby fan reacts in a Sydney bar after Australia scrape past her side Photo: AFP

Joubert was seen running off the pitch at Twickenham immediately the final whistle blew - which hasn't helped his cause with Scottish fans.

Ok so that is unequivocal. I have never seen that before. https://t.co/cs4Ux4wEm6

The Pumas were well worth their victory as they beat an injury-depleted Ireland with an early onslaught and finished at a canter. 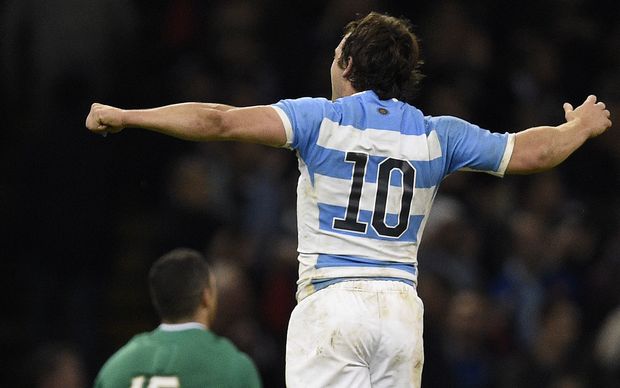 Argentina first-five Nicolas Sanchez reacts after a try during their quarter-final win over Ireland Photo: AFP

South Africa left it late too in another close quarter on Sunday, trailing at half-time before eventually winning 23-19 over an also-injury-ravaged Wales. 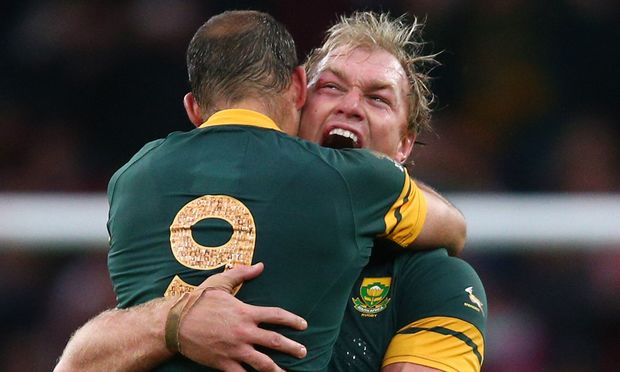 There was no doubt whatsoever in New Zealand's record 62-13 waltz past France though.

The Guardian hailed the All Blacks' comprehensive defeat of France as having "banished their demons for good" and putting any "French World Cup hoodoo over the All Blacks to bed".

The Wall Street Journal noted the contrasting fortunes between the champion All Blacks and the French:

"It was New Zealand's 12th straight win in the tournament, dating back to 2011. As for France, a squad wracked by doubt and internal discontent, this tournament marked the first time since 1991 that Les Bleus failed to reach the semi-finals." 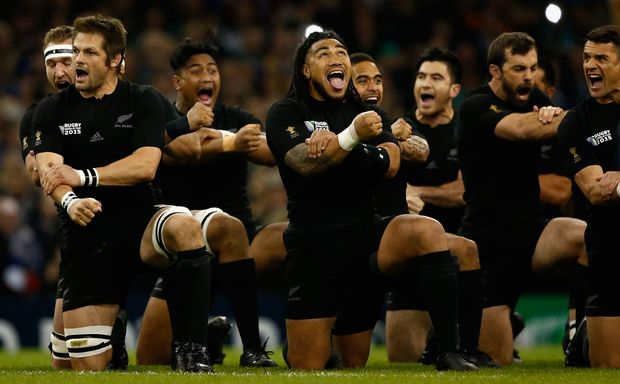 So does this Southern Hemisphere dominance finally settle the argument about who plays the 15-man oval ball code best? Twitter of course weighed in immediately:

So this rugby world cup, it's a southern hemisphere thing, right?

Rugby is made in the southern hemisphere

Looks like this could be an all Rugby Championship semifinals...All Southern Hemisphere teams #RWC2015

Some Northerners naturally took it, well, less well, than others.

Calm down Southern Hemisphere, you may be good at rugby but at least our water goes down the plug hole properly, you freaks.

So history's been made, with the Southern Hemisphere sides' domination of the final four - and more history could yet be made in the next three knockout matches.

No team who've won the Rugby Championship have gone on to win the World Cup the same year - Australia took out this season's shortened competition after beating New Zealand in Sydney - while the All Blacks are also seeking their own record: no World Cup holder has ever defended their global crown, while no New Zealand team have yet won the Cup on foreign shores.

The All Blacks face the Springboks in the first semi-final on Sunday at 4am, while the Wallabies and Pumas play the other semi on Monday at 4am (both NZT).

Both games are at Twickenham.