France had a plan to unsettle New Zealand in their Rugby World Cup quarter-final but it fell apart after just 10 minutes in a 62-13 thrashing at the Millennium Stadium.

For once, France passed the ball around and played positive rugby, but they got what they deserved. 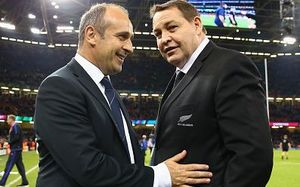 Les Bleus never looked like repeating the famous upsets of the All Blacks in the 2007 last-eight game in Cardiff, or the 1999 semi-final.

The French started by fighting toe to toe with the All Blacks, looking to disrupt their confidence by staying close on the scoreboard.

The game turned when Frederic Michalak's clearance kick was charged down and Brodie Retallick scored a try with the French flyhalf sustaining an injury in the process.

From then on, it went south for Les Bleus, who missed another occasion to narrow the gap down to one point when Morgan Parra missed an easy penalty at 10-6.

"In our sport you have to show dignity when you win and when you lose as well," head coach Philippe Saint-Andre told a news conference after his last match in charge, four years after taking over from Marc Lievremont.

"Congratulations to New Zealand," he said. "They are the Brazilians of rugby."

Under Saint Andre, who will make way for the former Toulouse coach Guy Noves, France always played conservatively, but in Cardif they decided to be bold.

"We tried to put rhythm into the game but we had too many turnovers and they were more reactive, they were faster."

France missed several tackles in the opening 20 minutes and just as in their 24-9 pool defeat by Ireland, they were dominated at the breakdown, giving the ball away on too many occasions.

The All Blacks ran riot with nine tries, the first coming after 11 minutes. 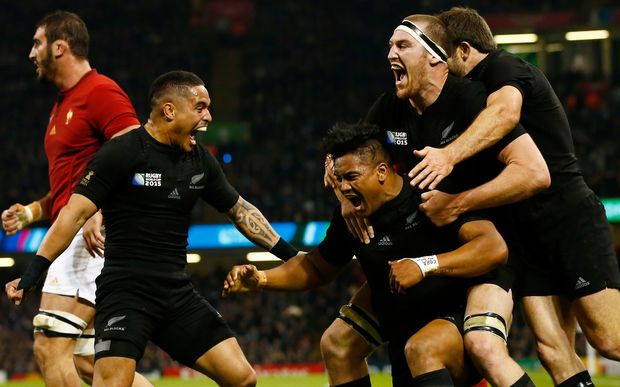 Saint Andre's side showed good intention with fullback Scott Spedding often running with the ball instead of kicking it away and they were rewarded before the break when the powerful Louis Picamoles pierced the defence to score the only French try.

But Picamoles was sin-binned for punching Richie McCaw in the 47th minute and that was when France totally cracked, not scoring a point in the second half and conceding 33 as New Zealand fell just short of their record winning margin against their opponents after winning a home test 61-10 in 2007.

France had never before conceded 62 points in a test match.

"I assume a lot of responsibility, there is no problem about that, it's part of the job," said Saint-Andre, whose successor had been named before the World Cup.

"I took a lot of punches during four years. We were hoping that three months of preparations would help us reach another dimension."

The result was more painful for Les Bleus, who went through the pool phase without showing many attacking skills.

They realised only before the game against New Zealand that attack is the DNA of French rugby but it was way too late.

"Let's face it, we've been between the fifth and eighth place in the world for three years now," Saint Andre said.

"We put them on the back foot at the beginning of the second half but we failed to score," said captain Thierry Dusautoir. 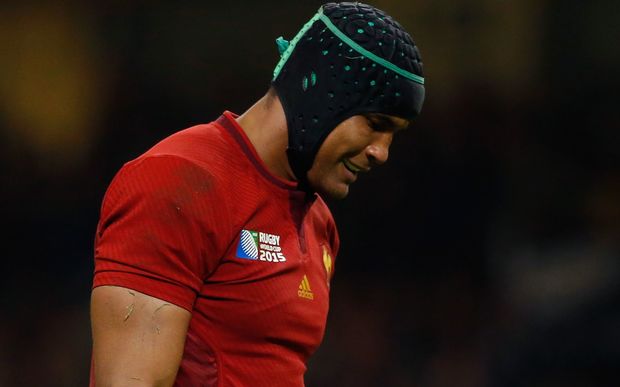 "Instead we took a yellow card and we conceded tries on counter-attacks.

"This team, when you don't hold the score, they play even more freely and they try spectacular things."

"They are two or three classes above," added Dusautoir.