The All Blacks captain Richie McCaw said he's not been happy with their performances so far at the Rugby World Cup and it's time to step up. 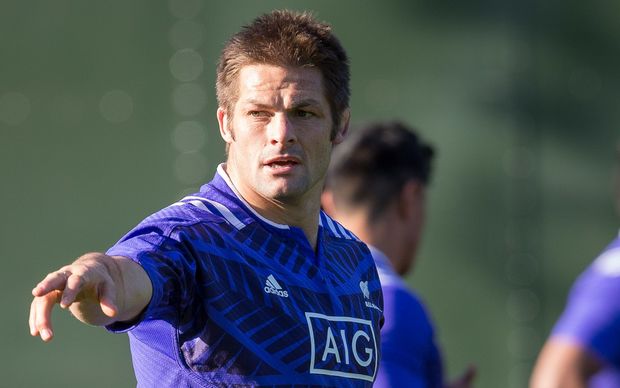 The All Blacks captain Richie McCaw during a training session in Cardiff ahead of their Rugby World Cup match against Georgia. Photo: PHOTOSPORT

Errors have blighted their efforts so far in wins over Argentina and Namibia.

The lift in intensity has been evident at training this week with a number of players sporting bumps and bruises.

They take on Georgia in Cardiff on Saturday morning (NZT).

McCaw said there are no excuses for a sub-par effort now.

"We need to take a step-up and this is the time we need to do that and we've all had a run in the last two games so there's no excuses for not being ready to go."

"There's been a bit of an edge this week in terms of making sure we get the things right perhaps we were a little bit off in the first couple games and if we get them right hopefully we'll get a good performance."

Meanwhile being injury-free has played a big part in midfielder Sonny Bill Williams' return to form.

Williams has been one of the standout players so far in New Zealand's title defence and has been named to start at second five for the clash with Georgia with Ma'a Nonu out with a shoulder injury.

SBW feels he's in the best shape he's been for a while.

"Not just physically but mentally I feel in a really good place so obviously been dealing with a few niggles been picking up a few niggles this year during Super Rugby wasn't ideal."

"But now I'm feeling strong and fit that obviously helps with the mental side of things as well."