Wales has beaten England 28-25 in a thrilling pool of death clash at Twickenham to take a giant step towards qualifying for the Rugby World Cup quarter-finals. 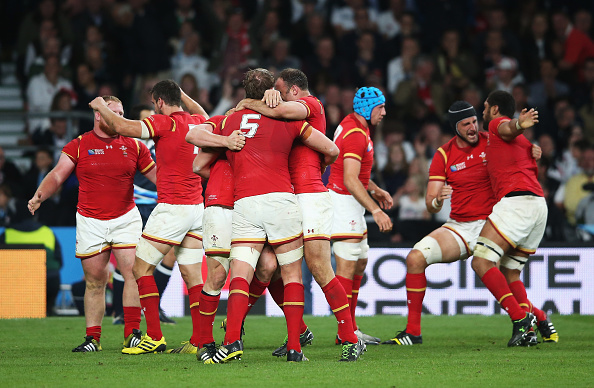 The Wales team celebrate victory on the final whistle during the 2015 Rugby World Cup Pool A match between England and Wales. Photo: Getty

The hosts had dominated for the first hour, during which time English coach Stuart Lancaster's decision of selecting Owen Farrell ahead of George Ford at first-five looked inspired, with the 24-year-old kicking 20 points.

But sloppy, undisciplined play at the breakdown delivered the Welsh penalty after penalty, and they kept in touch thanks to the boot of first-five Dan Biggar, who scored 23 points, a record points haul for a Welshman against England.

Look back at our LIVE match commentary here

Wales halfback Gareth Davies scored a try after a superb Welsh move to level the match 25-25 with 10 minutes left and that man Biggar again struck with five minutes on the clock, kicking a penalty to hand Wales a famous victory.

The win puts Wales top of Pool A with nine points, three points clear of England, and in prime position to make the knockout stages. 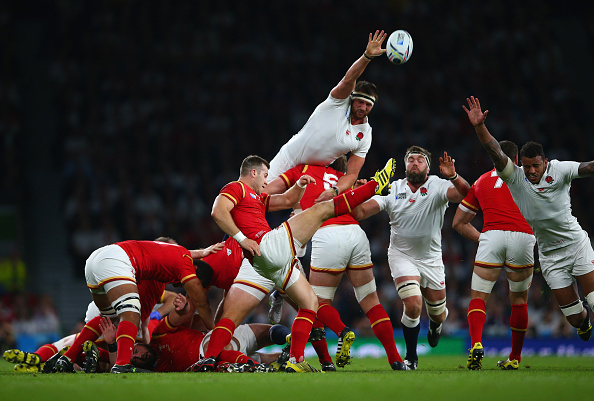 Gareth Davies of Wales kicks the ball upfield as Tom Wood of England attempts the block during the 2015 Rugby World Cup Pool A match between England and Wales Photo: Getty

Both teams still need to face Australia, who are third in the pool with four points, two back from England.

Only two teams will progress from the pool, meaning a nation currently ranked two, three or four in the world will fall at the first hurdle.