The All Blacks are refusing to be baited by the hakarena, deflecting suggestions the mock dance has heightened tensions between hosts England and the favourites at this year's Rugby World Cup. 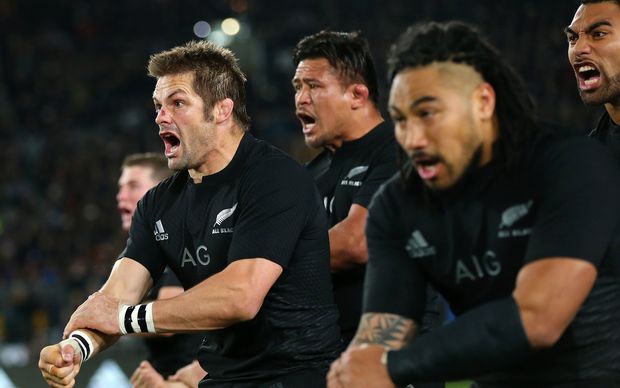 England's 2003 World Cup-winning halfback Matt Dawson has poked fun at the haka in an attempt to de-power the ritual, producing his own version of the tribal dance called the 'hakarena'.

The video - for clothing brand Jacamo - has been slammed as 'shameful' in New Zealand by politicians and pundits.

It combines the Maori haka with the 1994 dance hit the Macarena, with Dawson leading the way, backed by team-mates from the Battersea Ironsides rugby club.

Dawson starts with the actions so often seen on the rugby pitch, and mixes them with the choreographed dance associated with the 90s tune.

But the All Blacks have laughed off Dawson's wind-up, with hooker Keven Mealamu calling the controversial video amusing.

"It's actually quite funny, seeing him (Dawson) do it," Mealamu said. "Pretty hard case to see."

"The haka is something that we do but... we're out there to play the game."

"It's his view on the way he sees it, but it's quite special to us as All Blacks and as representatives of New Zealand. It's something we're proud of. It's our tradition and our culture."

Mealamu said he started doing the haka when he was four years old in his backyard, trying to emulate his rugby heroes.

He said the All Blacks were focusing entirely on their first World Cup match against Argentina on Monday.

When asked about the 'hakarena', prop Charlie Faumuina said, "I haven't seen it but I'm not too fussed about what they're doing. It's (the haka) something we do for ourselves and it brings us together."

Fellow front rower Wyatt Crockett agreed that they do it for themselves. "We're passionate about the haka as New Zealanders."

"For us it brings us together as a team and a country."

Mealamu then politely changed the subject, "To be honest, we've got a game to play this week - we've got bigger things to worry about."