Having the title of defending champions at the World Cup doesn't guarantee the All Blacks will be successful this time round, according to loose forward Jeroime Kaino. 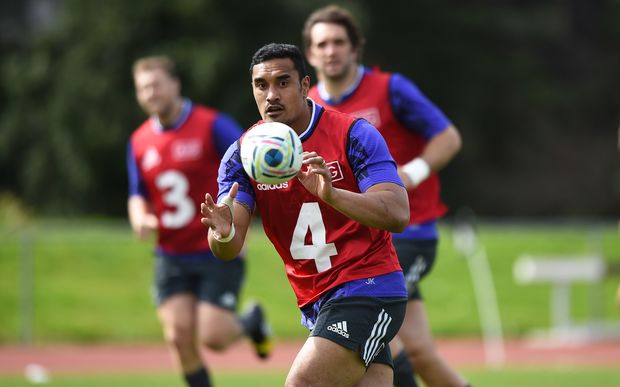 In just over a week, the All Blacks will play their first pool match against Argentina when the World Cup gets underway in England.

Kaino believes the side must have the right frame of mind if they are to retain the William Webb Ellis trophy.

He said having the title didn't give them anything, as they have to look at this as a new challenge and getting over there all the other teams are going to be wanting to knock them off, so they have to prepare well.

The 60-Test veteran said they can't live off the 2011 victory to get them through so they have to start new and look at it as a new challenge.

At their final home training run on Wednesday the All Blacks coaching staff gave their biggest hint yet that Kaino was likely to be the first-choice back-up lock for the World Cup, behind their three specialists.

Kaino trained in the No.4 jumper again and the 32-year-old said his confidence in the position grew every time he played there.

He said he had 60 minutes at lock in their opposed training game the day before and it wasn't too bad.

"Obviously you have to stick your head in some dark places in the tight five, but yeah I thoroughly enjoyed it and it adds a string to my bow so it's good," Kaino added.

The All Blacks flew out to England on Thursday night.

New Zealand's first game is against Argentina at Wembley on the 21st, followed by games against Namibia, Georgia and Tonga.