All Blacks assistant coach Ian Foster has allayed fears that the World Cup first-five curse has already reared its head after first-five Colin Slade limped out of training with a leg injury. 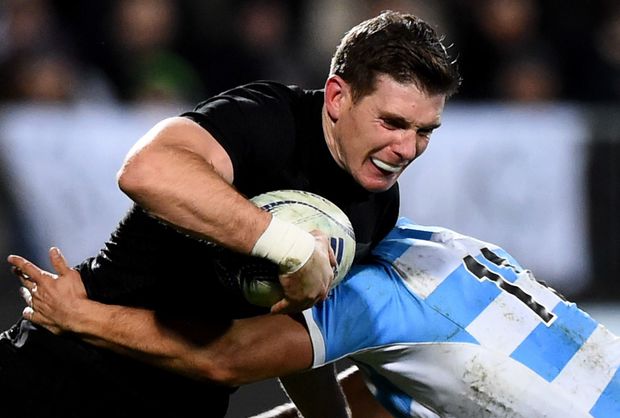 The All Blacks were training in Lower Hutt when 27-year-old Slade fell awkwardly in wet and cold conditions in Wellington and was taken from the field.

However, Foster said the Crusaders playmaker was fine and was only pulled from training as a precaution as it was early in their World Cup buildup.

"He slipped over during training, he landed awkwardly on his knee and gave it a bit of a tweak, that's it, he was walking around the (changing) sheds afterwards and he's fine."

Foster said wing Waisake Naholo was still only at the jogging stage of his recovery from a fractured leg.

The Highlanders flyer only completed light duties on the sidelines with flanker Liam Messam while the rest of the team got stuck into some full contact training.