Code-hopping superstar Sam Burgess will have a chance to book his place in the England rugby side's World Cup squad after being handed a Test debut by coach Stuart Lancaster for this weekend's warm-up match against France at Twickenham. 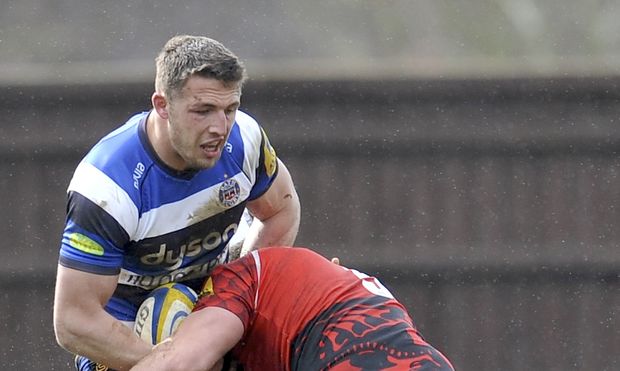 Burgess has been selected by World Cup hosts England just 10 months after his high-profile cross-code switch from rugby league, having bowed out by winning the Clive Churchill medal as South Sydney claimed the NRL title.

The 26-year-old Burgess has been picked at inside centre, not blindside flanker where he produced his best performances for club side Bath last season, and will line-up alongside fellow uncapped player Henry Slade in midfield, with experienced five-eighth Owen Farrell alongside the two new Test centres.

That Burgess has made it this far in his quest to play at the World Cup, which starts next month, has proved highly controversial with a number of pundits arguing he has done little in his time in union to warrant such rapid promotion for all his success in league.

But England coach Lancaster said: "We will see if Sam can translate what he's done in training, which is clearly good otherwise I wouldn't have taken this chance to look at him against France."

Lancaster, making it clear he had picked an experimental side, added: "I'm open minded about what Sam can do - this isn't the team that's going to play against Fiji in our first World Cup game, this is the team to look at options.

"We need a balance in our backline, a balance of ball players, carriers and finishers. Sam ticks the ball carrier box.

"And obviously there's the physical nature of backlines and you need to look at that element, particularly defensively.

"It's an option for us to look at and it will be interesting to see how well Sam goes," said Lancaster who, in common with all World Cup coaches, must name his final 31-man squad for the tournament by August 31.

Among the replacements is five-eighth Danny Cipriani, available for selection in England's World Cup squad after he was re-bailed last week until November following his arrest on suspicion of drink-driving.

Sunday morning's match is the first of three World Cup warm-up fixtures for England, who will face France in Paris the following weekend before welcoming Six Nations champions Ireland to Twickenham on September 5th.

England begin their World Cup campaign proper against Fiji in a Pool A match at Twickenham on September 18th.

The so-called 'group of death' also features the Wallabies and Wales, meaning at least one of the sport's major nations will crash out before the quarter-finals as only the top two teams from each of the four pools go through to the last eight.