Sam Burgess' rugby union debut with Bath will be delayed after the now-former Rabbitohs forward fractured his cheekbone helping South Sydney to their first NRL league title in 43 years. 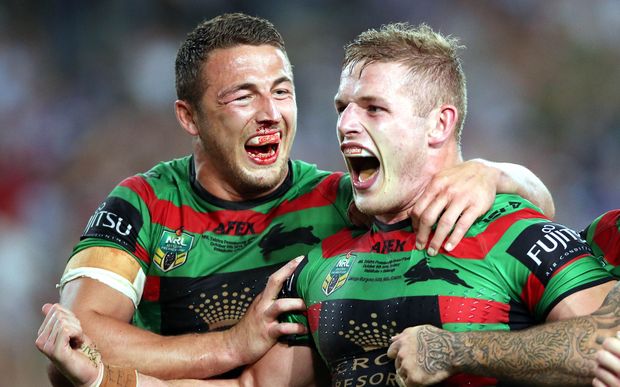 Burgess sustained the injury six seconds into the grand final against the Bulldogs, but stayed on the field to play the rest of the game.

The 25-year-old was named the man of the match as Souths won 30-6 to claim a record 21st Premiership crown.

The Englishman, who moved to Australia in 2010, has signed a three-year contract with Bath and is hoping to break into the England national team in time to play in next year's World Cup in the UK.

Burgess will undergo surgery on his cheekbone and is expected to be out of action for around six weeks.

Meanwhile the Rabbitohs coach Michael Maguire says he believes his club hasn't seen the last of Burgess, and the big forward hasn't ruled out that possibility.