A ball boy collapsed and fans took cover as Wimbledon sweltered on day three on the hottest day ever recorded at the tennis season's third grand slam championship. 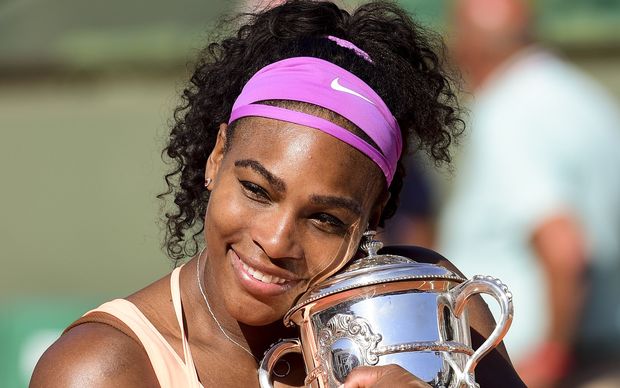 The suncream was slapped on and fans formed long queues at the water fountains as they tried to beat the heat in sweaty south-west London.

Britain's Met Office national weather service said a temperature of 35.7 degrees Celsius was recorded at the Royal Botanic Gardens in Kew - its nearest station to the All England Club.

That topped the previous record of 34.6C set nearly four decades ago in 1976.

The heat got the better of one Wimbledon ball boy, who was stretchered off Court 17 after passing out.

He was sent to hospital for a precautionary check-up and after treatment was "feeling much better", the All England Club said.

Spectators sheltered under umbrellas while others folded up newspapers into hats to keep the sun off.

Some draped towels on their heads or used hand fans, while others formed lengthy queues to buy ice creams and refill their water bottles.

Former world No.1 Caroline Wozniacki handed out iced coffee to sun-baked spectators queueing to get in the grounds.

The Centre Court sliding roof was closed before play to protect the grass surface from the heat, but was reopened before defending champion Novak Djokovic got play under way.

Serena Williams and Maria Sharapova however hardly broke sweat in the Wimbledon heat as they cruised into the third round with comfortable victories.

World No.1 Williams eased to a 6-4 6-1 win over Hungary's Timea Babos on Wednesday, while Sharapova took just 65 minutes to see off the world No.123 Richel Hogenkamp in a 6-3 6-1 cakewalk.

With sweltering temperatures reaching a Wimbledon record 35.7C, five-time champion Williams kept her cool to dispatch world no.93 Babos with 12 aces and 23 winners in just 59 minutes on Centre Court.

The 33-year-old, bidding for a third grand slam title of the year, will play Britain's Heather Watson for a place in the last 16.

"I'm definitely playing well, which I never say, but I had two really tough matches straight off the bat so I had to pick up my game," Serena said.

Williams has swept to Australian and French Open triumphs over the last six months, taking her within two major titles of becoming the first woman since Steffi Graf in 1988 to claim the four top titles in one year.

The American also won the US Open to end 2014 on a high and is heavy favourite to continue that dominant run by taking the Wimbledon title for the sixth time in her illustrious career.

With 20 Grand Slam titles to her name, Williams has another notable milestone in her sights as she sits third on the all-time list and is closing fast on Margaret Court's record of 24, with the possibility of equalling second-placed Graf's tally of 22 by the end of the year.

Her failure to make the All England Club quarter-finals for the last two years led Serena to caution against labelling her as a certainty to become the first woman to win the French Open and Wimbledon back to back since she achieved the feat in 2002.

Ivanovic had reached the semi-finals at Wimbledon in 2007 and was heavy favourite to beat the world No.158.

Mattek-Sands will face Swiss teenager Belinda Bencic for a place in the last 16.

Ivanovic is the third top 10 seed to lose this week.