The two leading teams of the 2015 Super Rugby season will play for the title in an all-New Zealand final in Wellington next weekend, where the Hurricanes or Highlanders will etch their name on the trophy for the very first time. 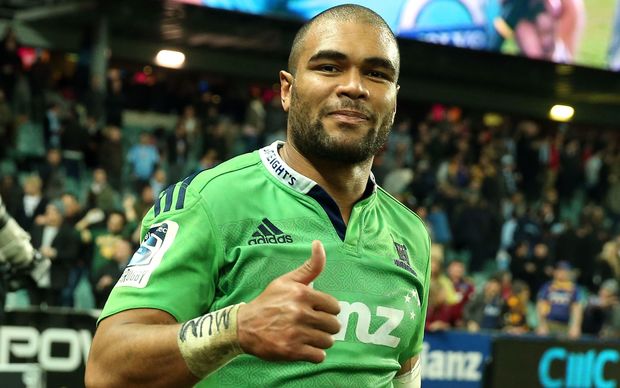 The Hurricanes earned the right to host the decider after winning last night's sold-out semi-final against the Brumbies 29-9 in Wellington before the Highlanders recorded a 35-17 victory over the defending champion Waratahs in Sydney.

Next weekend's title match will be the first all-New Zealand Super Rugby Final since the Crusaders beat the Hurricanes in 2006.

The Highlanders took their chances ruthlessly to dethrone the Waratahs.

Tries from halfback Aaron Smith and Richard Buckman in the first half combined with a five pointer from wing Waisake Naholo, a penalty try and a late score to wing Patrick Osborne after the break sent the Highlanders to Wellington to face the Hurricanes next Saturday.

The reigning champion Waratahs had a first half try from wing Rob Horne and 12 points from the boot of first-five Bernard Foley but were error-prone where the Highlanders were clinical in front of 32,632 at the Sydney Football Stadium.

"We know how hard it is to play against the Waratahs over here," Highlanders fullback Ben Smith said after the match.

"I think we got it right but we have another big challenge next week."

Earlier, the Hurricanes looked every inch champions-elect as they beat ACT Brumbies 29-9 in another trans-Tasman semi-final to take their place in their first title-decider since 2006.

That ensured whoever won in Sydney would have to hit the road for the final but it rarely looked like being the Waratahs, who spent most of the match trapped inside their own half.

Horne's 11th minute try from Foley's cross-kick was a rare moment of class from the Waratahs in the first half but it failed to settle their nerves.

The Highlanders were back in front eight minutes later when halfback Smith intercepted Wycliff Palu's pass off the back of a defensive scrum and touched down.

Two Foley penalties put the home side 11-8 up but the Highlanders struck back again after 33 minutes when Buckman ran through a succession of tacklers to score.

Another Foley penalty got the Waratahs to within a point at 15-14 at the break and his fourth 11 minutes after the break put them in front.

It all completely fell apart for the reigning champions over the next 10 minutes.

Winger Naholo brilliantly touched down just inside the dead ball line from his own chip for his 12th try of the season and two minutes later the Highlanders were awarded a penalty try, which new All Black first-five Lima Sopoaga converted to give the visitors a 27-17 lead.

Osborne had been held up just before the line by flanker Jacques Potgieter but referee Craig Joubert decided his fellow South African had done so illegally with a swinging arm into the face of the Highlanders winger.

Potgieter also got 10 minutes in the sin-bin during which time the Waratahs failed to get out of their own half but little changed when they were back to 15 men and Osborne crossed from Sopoaga's cross-kick to seal the win two minutes from time.

"We really didn't get into a rhythm," said Waratahs skipper Dave Dennis. "They kicked well, they starved us of possession. Our set piece wasn't as good as it should've been and it's very hard to win football matches when you don't have the ball."