While the FIFA corruption scandal hogs global headlines, there's the small matter of the second biggest football tournament in the world starting right here in NZ.

The FIFA presidential election's taking centre stage in Zurich, but over the next 22 days, the FIFA Under-20 men's World Cup is being held around this country. 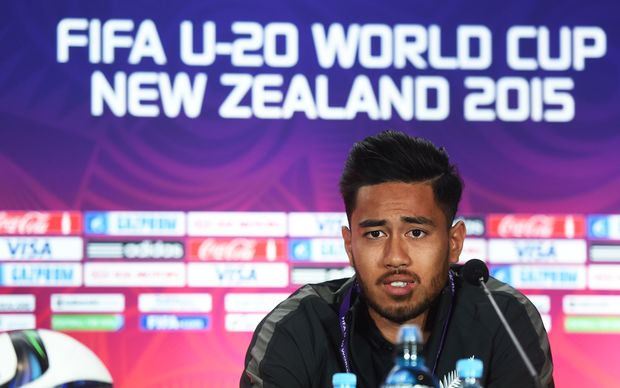 Up to 200 million people across the planet are expected to watch the Cup on television, and organisers are hopeful of eclipsing ticket sales from the recent Cricket World Cup, co-hosted here and in Australia.

The tournament's a rare chance for fans here to glimpse the future Diego Maradona, who won it in 1979 or Lionel Messi, a 2005 champion.

Both of course became huge stars for Argentina as well as their European clubs, and the Argentineans hold the distinction of winning the Cup six times - more than Brazil, who've won it five times.

As hosts, the New Zealand side qualified automatically - though the Junior All Whites were likely to do so anyway in their relatively easy Oceania confederation. Minnows Fiji made it through Oceania, and the Pacific Islanders now face a very tough pool: Germany, Uzbekistan and Honduras. 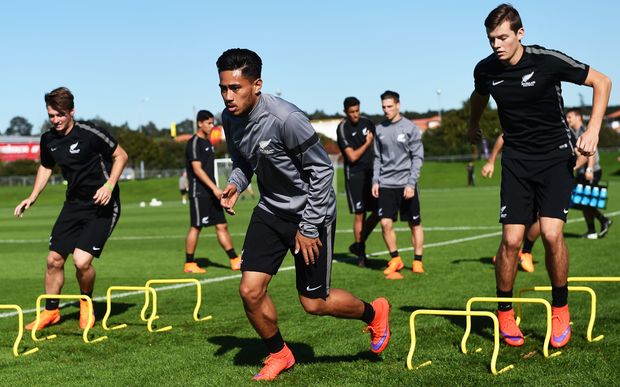 The New Zealanders, led by Olympic Marseille midfielder Bill Tuiloma, have about as favourable a draw as could be hoped for, with Ukraine, the USA and Myanmar in their group - avoiding the European and Latin American powerhouses.

They need a bit of luck - the Junior All Whites have never won a game at an Under-20 World Cup. And to make it out of their group they're likely to need a victory and a draw at least.

The team's had the most extensive build-up ever, with a shadow Under-20 side competing in the national ASB Premiership as Wanderers SC (they came seventh in the latest nine-team competition, just behind the Wellington Phoenix's new reserve side. Auckland City defended their title). The Junior All Whites also played tournaments in Qatar and China as well as taking part in a Five Nations warm-up series here in May, where they had a 2-1 win over a jet-lagged Panama and one-goal losses to Honduras and Australia (who missed qualifying for the World Cup, as did defending champions France), and a two-goal defeat to Qatar.

A 4-2 loss in their final warmup against Austria was another reality check for national coach Darren Bazeley.

"I think the game just shows you how big a challenge this tournament is going to be," says Bazeley. "We're going to come up against some very good players, very good teams."

"But you know, we had our moments, what we need to now work on is having more of those moments and having those moments that last for longer, and being more consistent in the game."

Most of the other countries competing are stacked with professional players - unlike New Zealand, who have just four overseas-based professionals, with none of them first-team players.

By contrast, their first opposition Ukraine boast a side stacked with pros from top local clubs Dynamo Kiev and Shakhtar Donetsk - who regularly play in the elite European Champions League - while Brazil can field a Manchester United midfielder, Andreas Pereira, and Argentina have deadly goal-scorer Giovanni Simeone, whose father Diego Simeone is a legend of La Albiceleste. Simeone's an established player at Argentina giants River Plate and scored nine goals in qualifying.

Uruguay have another famous son in Diego Poyet, the son of Chelsea and Spurs legend Gus Poyet.

The Junior All Whites may be dreaming about not just winning a match for the first time, buoyed by their big home support - the Ukraine opener was sold out to its 25,000 capacity - but even making the knockout stages. But they know they're playing on the big stage, and captain Tuiloma's encouraging his team to relax and just play football.

"It means a lot, you know, to be in this World Cup, this is my second one but other players it'll be their first one so, no I'm just going to tell them 'just enjoy it'. This is a once in a lifetime to have a World Cup on your home soil."

Nine games including the final will be held at Auckland's North Harbour Stadium, while Wellington and Christchurch also get nine games, with the others being held in Whangarei, Hamilton, New Plymouth and Dunedin.