Floyd Mayweather and Manny Pacquiao have weighed in for what's being called boxing's Fight of the Century in Las Vegas. 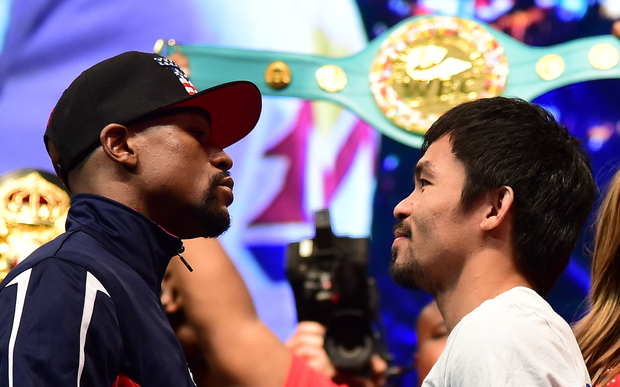 The pre-fight ritual was a show in itself, with about 10,000 fans paying $US10 each just for a chance to see the rivals.

Three world titles are at stake in the fight, which will take place at 4pm NZST on Sunday (9pm on Saturday in Las Vegas).

The undefeated American, Mayweather, weighed in at 66 kilograms, and Manny Pacquiao, a national hero in his native Philippines, at 65 kilograms.

The sold-out fight is expected to generate an estimated $US400 million.

The pair will fight for the WBC, WBA and WBO welterweight titles.

"I believe that with my skills, I'm going to be victorious," said the 38-year-old Mayweather, who is unbeaten in 47 professional fights.

"I don't take anything away from Manny Pacquiao, he's a solid fighter and it will be an intriguing match-up.

Pacquiao, who has 57 wins and five defeats from 64 pro fights, said: "It's a great responsibility for me to give enjoyment to the fans. The fans deserve to have a good fight, whether they are a fan of Mayweather or Pacquiao.

"The Lord will always be with me and strengthen me and deliver him into my hands."

Asked about the difference in size - Mayweather is 5ft 8ins and Pacquiao 5ft 6½ins with a reach difference of five inches in favour of the American - the Filipino southpaw added: "I've been fighting bigger guys - Oscar De La Hoya, Antonio Margarito... it doesn't matter to me."

It was the first time tickets had been sold for a weigh-in, with proceeds going to charity, and those that bought them given a two-hour show. 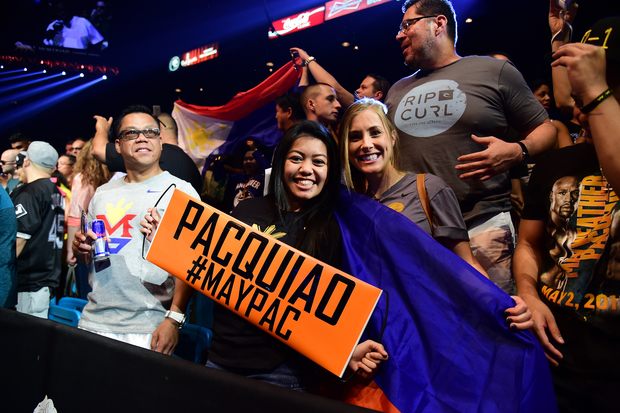 Boxing fans show their support ahead of the weigh-in for the so-called Fight of the Century. Photo: AFP 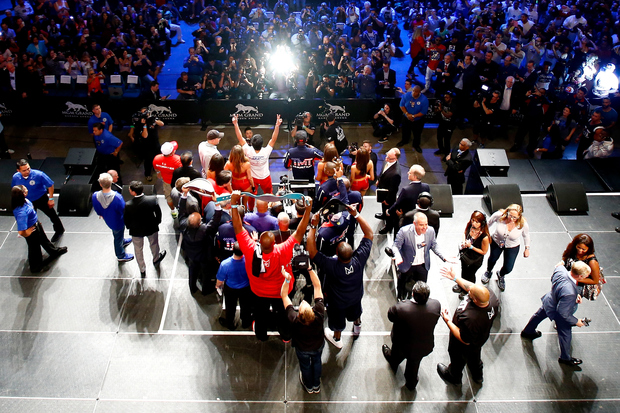 The boxers pose for the crowds following the weigh-in. Photo: AFP