The Dragons winger Jason Nightingale says he's ready to take on the Australian's in Friday night's Anzac rugby league test in Brisbane, despite turning up to camp wearing a moon boot. 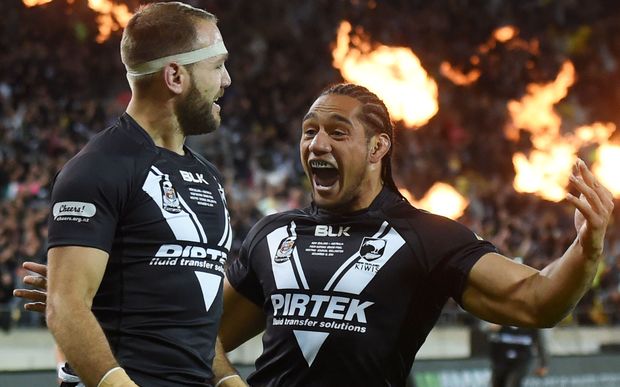 The NRL veteran said the moon boot is only precautionary and he's delighted to be back in the squad.

"Obviously I prepared my week a little bit differently and went through treating my foot and making sure I did everything right by that and that's why I couldn't train but it's awesome to get called into camp."

"I'm very excited and it's a shame the way that it happened but Dallin will get his opportunity I'm sure."

Meanwhile the Australians have lost fullback Billy Slater to injury.

Greg Inglis now moves to the number one jersey with Michael Jennings coming into the centres.

The teenage wing Watene-Zelezniak will have to wait a little longer for his Kiwis debut, after falling foul of the NRL judiciary.

Watene-Zelezniak was charged with a Grade 1 Dangerous Throw after the Penrith Panthers win over Cronulla Sharks on Sunday and has elected to accept the charge and cop a one-week suspension.

The 19-year-old was due to be named in the Kiwis starting line-up for this week's test against Australia, but will now miss out for the second time in six months, after breaking a bone in his foot on the eve of last October's Four Nations opener against the Kangaroos at the same venue.

"We're all gutted for Dallin and I know he's very disappointed too," said the Kiwis coach Stephen Kearney.

"He's a wonderful kid, who was excited to be back in camp and champing at the bit to finally play for his country."

"But we took a look at the incident on video and there was little likelihood that we could get it scaled down if we'd fought it."

"Under the circumstances, we were better off taking it on the chin and moving on in our short preparation for this test, than diverting our energy into a judicial battle."

"It is what it is, but it's important we move on quickly as a group. I'm sure Dallin will come back again and be a real asset to this team for many years to come."

Nightingale was the leading Four Nations tryscorer, but had been sidelined for several weeks, before returning to action for the St George Dragons over the weekend.

The full Kiwis team is: