The para-swimming star Sophie Pascoe has set a world record on the penultimate day of the New Zealand Open Swimming Champs in Auckland. 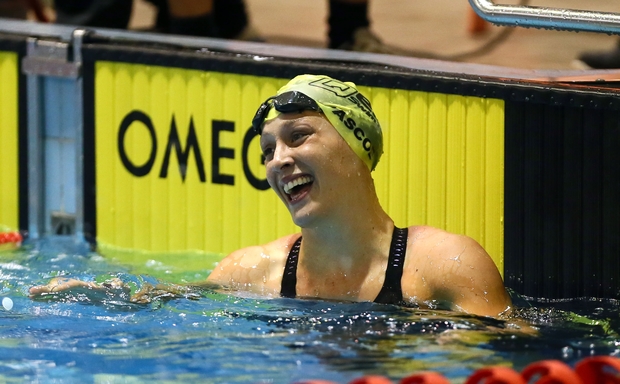 Pascoe became the first S10 category Para-Swimmer to go under the one minute mark in the 100m freestyle.

"It's a massive milestone for me and I've been trying for three years now and I've finally cracked it," she said.

"The best thing about it is I've done it in front of a home crowd."

It was Pascoe's second world record of the championships.

Lauren Boyle set the third fastest time of the year in winning the 800m freestyle, the event in which she won a silver medal at last year's Commonwealth Games.

She also helped drag Wellington's Emma Robinson through to qualify for the world champs in Russia later this year.

Eight swimmers have qualified for the world championships in Kazan in 12 events along with two open water swimmers Kane Radford and Charlotte Webby.

The para-swimming team is also growing with seven swimmers meeting the standard in 14 events to July's event.