The Blues are off the bottom of the Super Rugby table after winning their first match of the season, beating the ACT Brumbies 16-14 - in their first game at Eden Park this year.

View our play by play commentary of the game 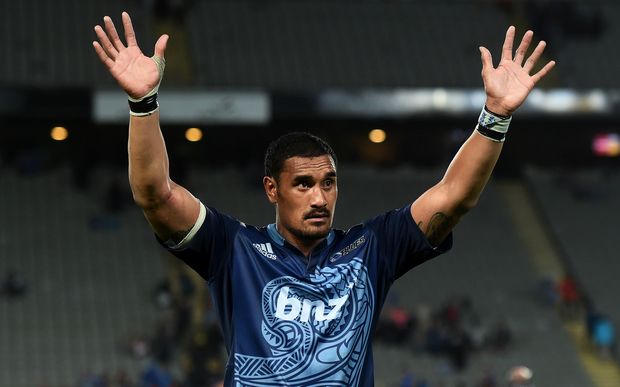 Blues captain Jerome Kaino hails the crowd after their win over the Brumbies Photo: Photosport

Then substitute Ihaia West kicked a clutch penalty from near the sideline to regain the lead, before the Brumbies missed a last-minute kick to win the game. 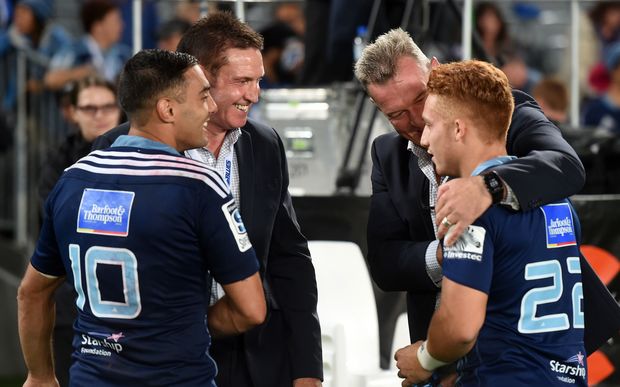 It was the old cliche of a game of two halves, with first-five Dan Bowden scoring all of the Blues' 13 points in the first half, including a 35th minute try in the corner after sustained pressure.

But it was all the Brumbies in the second spell, replacement back Lausii Taliauli scoring their try on the right wing on 56 minutes, after 25 phases - mostly on the Blues line.

The visitors will be ruing the 80th minute penalty miss by halfback Nic White, though it was from just inside the Blues' half.