The Liverpool manager says England forward Raheem Sterling is not for sale and will not be leaving the Premier League football club at the end of the season despite media speculation over his future. 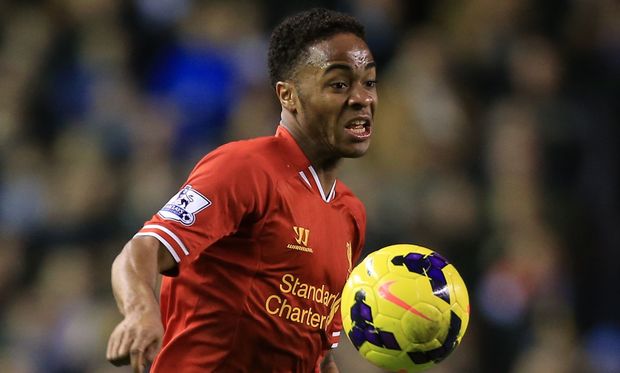 "I'm quite relaxed about it. It's part of the modern game. He has got two and a half years left on his contract and is going nowhere this summer," Rodgers told reporters ahead of Sunday's Premier League match with Arsenal.

Sterling, in a non-permissioned interview with the BBC, denied on Thursday he was a "money-grabbing 20-year-old" but said he was in no rush to sign a new contract.

The forward has been offered an eye-watering $200,000 a week to sign a fresh deal, according to media reports.

Rodgers, who has had to deal with rumours about Sterling for most of the season, said Liverpool did not need to let the player go.

"For us it's about continuing the nurturing and developing of a young player who has made huge strides in the last couple of years and for me that is the only thing to concentrate on over the remaining games until the end of the season."

Rodgers confirmed a point made by Sterling in the BBC interview that a new contract would not be discussed until the end of the season at the earliest.

The manager also said the reported interest shown in the player by Arsenal did not detract from Liverpool's aspirations.

"His ambition is to win trophies and be successful and that's perfectly aligned with what we are trying to do," explained Rodgers.

"Arsenal are a fantastic football club but this is Liverpool, one of the great clubs of the footballing world and it is an honour for Raheem to be playing here in front of our great supporters.

"But he understands that. He has developments to make on and off the field and this is a great place for him to be."