Sydney FC's New Zealand striker Shane Smeltz is banned for the three A-League football matches after being sent off in Sunday's win at the Wellington Phoenix. 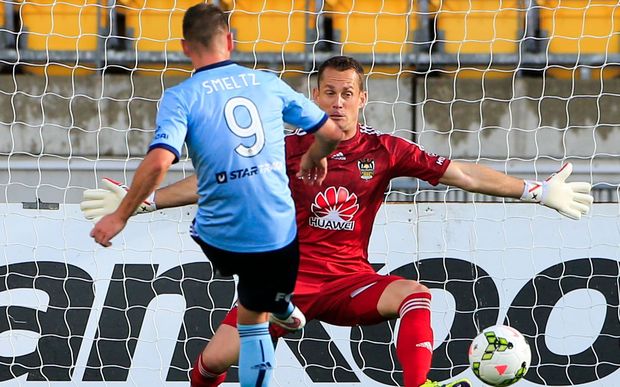 Smeltz was shown a straight red card late in the Sky Blues' 3-0 victory over his former club after lashing out with his foot at Ben Sigmund.

Football Federation Australia's match review panel has determined Smeltz had committed the offence of 'assault on a player' and proposed the minimum sanction for the offence of two matches plus the regular one-match ban for having received a red card.

Sydney sit just one point behind ladder leaders Phoenix and are level on points with both Melbourne Victory and Perth Glory with four games remaining.

The Phoenix will be without Albert Riera for Sunday's clash with the Melbourne Victory after the Spaniard was sent off for a second yellow card in the same match.