The New Zealand cricket captain Brendon McCullum says they won't be overawed by the chance to win a first World Cup semi-final. 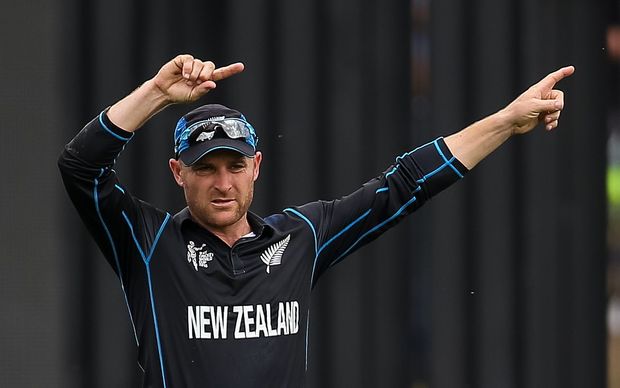 The Black Caps meet South Africa in the first semi-final at Eden Park this afternoon.

The Proteas have also never made a final. They have lost twice in the group stage but won their first World Cup knockout match by defeating Sri Lanka by nine wickets in the quarter-finals.

McCullum says the way the Black Caps have been playing is exciting. To win World Cups in crunch games they need to remain true to that, he says, and he doesn't expect that will change today.

New Zealand are one of only two teams in the tournament, along with defending champions India, to have won all seven matches they have played.

In the co-hosts' quarter-final win over West Indies on Saturday, Martin Guptill made a World Cup record 237 not out, while their total of 393-6 was the highest in a knockout game.

McCullum says they talk a lot about this being the greatest time of their lives and the trip that they've been on so far has been one that they will all remember.

He says the game is meant to be fun, to go out there, express yourself, enjoy the occasion, put your best foot forward, and see where the cards fall after that.

Proteas captain AB de Villiers says he's paid no attention to New Zealand being deemed the favourites for the clash.

He says it's silly to focus too much on the cricket they've played. Instead, if his side plays to their full potential, nobody is going to stop them.

The winners will meet either Australia or India in the final in Melbourne on Sunday.