The in-form Hurricanes openside flanker Ardie Savea could be out of Super Rugby for up to six weeks after dislocating a finger in Friday's win over the Highlanders.

Savea has come into his own this season, the 21-year-old helping the Hurricanes to five wins from five games. 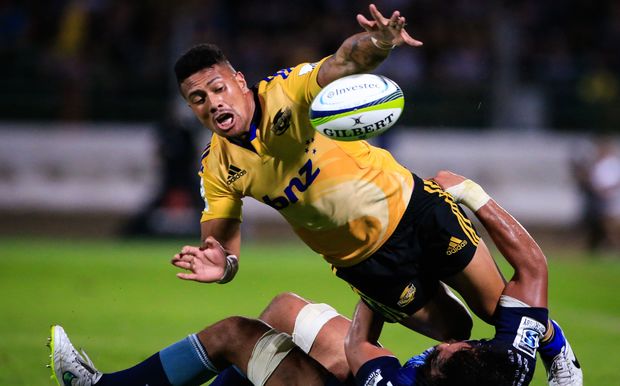 Ardie Savea, the younger brother of All Black Julian, has formed an impressive loose trio with Victor Vito and Brad Shields.

He's expected to be replaced by Callum Gibbons for this weekend's game against the Melbourne Rebels in Wellington.

Savea had surgery on his finger on Saturday and Hurricanes assistant coach Clark Laidlaw says it's unfortunate for him as he's been playing very well.

Laidlaw says Savea has matured into a player who can start every week and his development in the last couple of seasons has been very pleasing.

However Laidlaw says they're also very happy with Gibbons who has been looking to get regular starts and he'll get that now.

Laidlaw also says they'll only rest their All Blacks when they play either Australian or South African teams, so there are likely to be a couple of changes in the Hurricanes lineup this week.

Meanwhile, the Melbourne Rebels have suffered an injury blow of their own with winger Dom Shipperley undergoing hand surgery.

Shipperley suffered a fractured hand during the Rebels' 20-16 loss to visiting South African side the Lions on Friday night and will be sidelined for up to six weeks.

The 24-year-old had been in impressive form since joining Melbourne from the Reds this season and looked a chance to add to his three Wallabies caps.

Meanwhile, Rebels playmaker Jack Debreczeni is available for selection this week after missing the Lions game with a minor knee complaint.