Martin Guptill's hit the highest individual score at a Cricket World Cup as the Black Caps clocked up their highest-ever Cup total, beating the West Indies by 143 runs in Wellington. 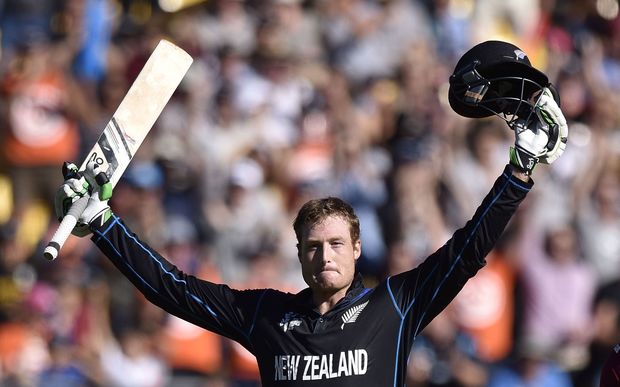 Martin Guptill having a great day in Wellington Photo: AFP

New Zealand finished on 393 for six as Guptill smashed 237 not out, to become just the second player ever to hit a double ton at a World Cup - surpassing the West Indies star Chris Gayle's Cup record of 215, scored against Zimbabwe in pool play.

Fittingly, Gayle was among the first to congratulate Guptill.

He struck 24 fours and 11 sixes, including one that went out of the stadium, as Guptill reduced the West Indies players to bystanders.

Guptill, who was dropped on four, is also now the holder of the record for most runs scored in one innings at a World Cup by any of his countrymen, overtaking Glenn Turner's knock of 171 in the inaugural event in 1975 in England.

Guptill's knock of 237 is the second highest ODI score of all time as well, following Indian batsman Rohit Sharma's 264.

The West Indies set about their run chase with intent, but lost wickets at regular intervals to be all out for 250, with Trent Boult the most successful of the New Zealand bowlers taking four wickets and is now the leading wicket taker at the tournament. 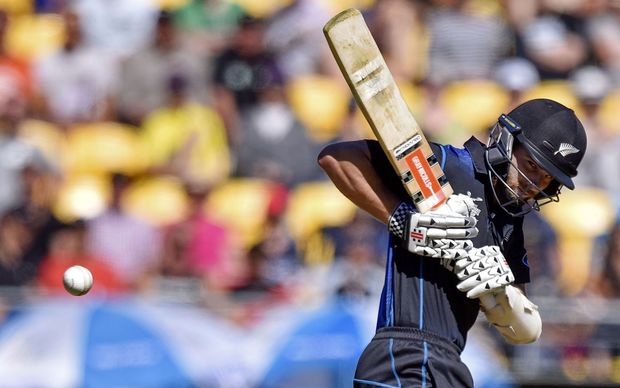 The Black Caps now play South Africa in the semi-finals in Auckland on Tuesday as they try to become the first NZ team to qualify for a World Cup final.

New Zealand's previous highest-ever World Cup total was 363 against Canada at the 2007 tournament in the West Indies. It's the country's third-highest all-time ODI total, behind the 402 against Ireland in Aberdeen in 2008 and the 397 versus Zimbabwe in Bulawayo in 2005.

The New Zealanders won the toss and chose to bat, on a clear and fine day in the capital, with blue skies.

Guptill and Williamson had put on a 62-run partnership after McCullum's early departure in the fifth over.

Then Williamson was caught playing a slow one on the offside by Chris Gayle at short cover, at the end of the 16th over.

McCullum sliced a shot to deep cover in the fifth over, and was snared by his West Indies opposite Jason Holder, in an excellent catch. 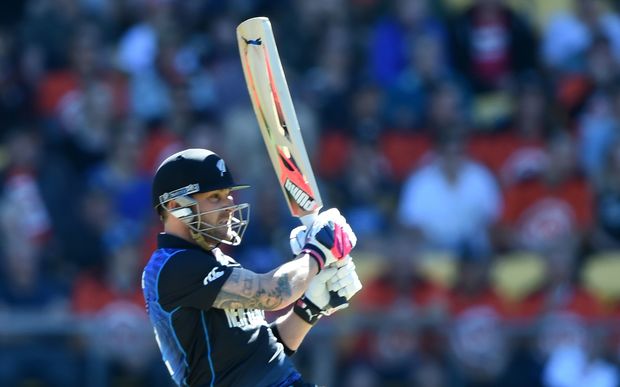 Corey Anderson holed out for 15, after Ross Taylor was run out short of his half century, making 42 off 61 before getting out in the 39th over. But Taylor put on 143 runs with Guptill for the third wicket.

Guptill hits it out of the stadium

All-rounder Grant Elliott went lbw for 27 off just 10 in an important cameo, striking two sixes and a couple of fours in a partnership of 55 with Guptill for the fifth wicket.

Luke Ronchi was the last man out for nine, while Daniel Vettori finished unbeaten on eight - with two fours.

Guptill reached his ton in the 35th over off 111 balls, the Auckland opening batsman becoming the first New Zealander to score back to back World Cup centuries.