Striker Kosta Barbarouses has been forced out of next week's All Whites tour to the Korea Republic due to injury. 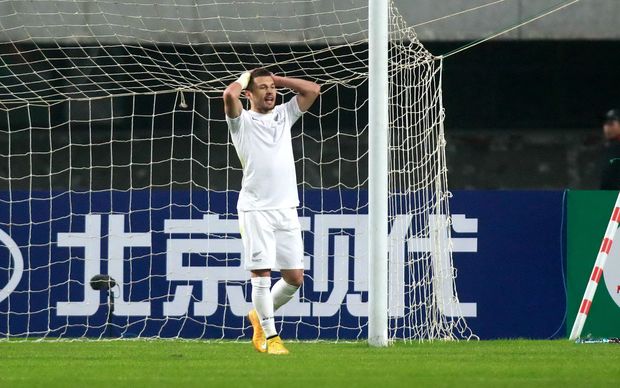 The 25-year-old suffered a grade two hamstring tear in Melbourne Victory's 1-1 draw with Perth Glory earlier this month and will be replaced in the New Zealand squad by 20-year-old Cameron Howieson, who plays for Burnley.

All Whites coach Anthony Hudson says although losing Barbarouses is disappointing for the player and the team, it serves as an excellent example of the need to develop other options within the squad.

He says Barbarouses losing at this stage before a crucial World Cup qualifier without having had a chance to build depth in his position would be an even worse outcome.

Hudson says this now gives them an opportunity to get a look at other players and help build the valuable experience they'll need for the important games to come on their path towards Russia.

He says bringing Howieson into the squad reflects their intent to identify and develop the country's best under-23 players and maximise the time spent with them for the benefit of their upcoming Olympic and All Whites campaigns.

The New Zealand-based All Whites depart for Korea on Monday.