The New Zealand Open golf champion Lydia Ko remains coy over whether or not she'll be back to defend her title next year. 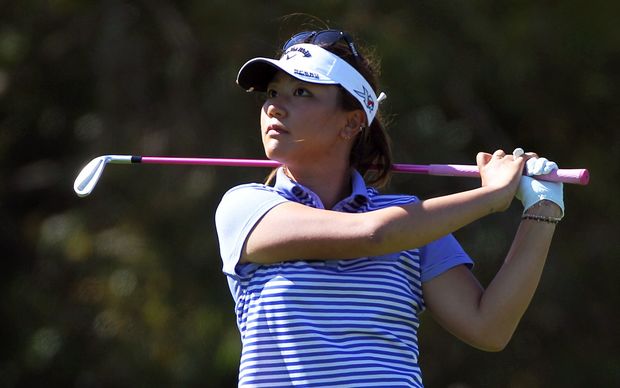 The world number one won her second New Zealand Open at the Clearwater course in Christchurch, reclaiming the crown she lost in 2014.

Ko was the only golfer in the top ten rankings who missed this week's LPGA tour event the Thailand Open, and forwent the multi-million dollar prize pool at the Asian tournament and the substantially larger world rankings points on offer.

The 17-year-old said she was still unsure whether she would return to chase her third New Zealand Open title.

"Last year I flew from the Bahamas here and I arrived on Wednesday afternoon in Christchurch and we start on Friday but still my body was really tired and I wasn't ready to play the next event," she said.

"I don't know if it's going to clash again next year because the schedule always changes."

The 17-year-old heads straight to Singapore for the next LPGA tour event, which starts on Thursday.

Ko has won two titles in successive weeks, backing up her Australian Open triumph with victory in yesterday's final round at the Clearwater course in Christchurch.

She finished on 14 under par, four shots clear of the Australian amateur Hannah Green.

She broke the Clearwater course record in her second round on her way to victory.

Despite reclaiming her home title after losing it last year, Ko said she had no time to celebrate.

A crowd of almost 6,500 turned out to see Ko win the title she won two years ago and the teenager said that was something special.

She said there was nothing quite like winning at home.