The Sri Lankan cricketers have scored their second win of the World Cup, beating Bangladesh by 92 runs in Melbourne. 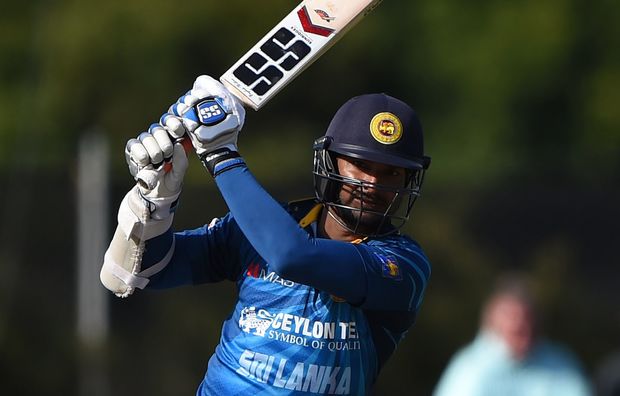 The evergreen batsmen, a collective 75 years in age, teamed up for a majestic unbeaten stand of 210 runs, boosting Sri Lanka's hopes of making the quarter-finals after a stuttering start to their campaign.

Man-of-the-match Dilshan hopes to play on for a couple more years, which would see him padding up in his 40s, but 37-year-old Sangakkara, who played his 400th ODI match against Bangladesh, has declared he will quit the format after the tournament.

The World Cup will also be former captain Mahela Jayawardene's last hurrah in all formats.

That the three veterans are the only Sri Lankans to score centuries at this World Cup -- and be the difference in each of the team's wins over Afghanistan and Bangladesh -- is not only a testament to their enduring class but also a worry for skipper Angelo Mathews.

Dilshan and Sangakkara, who blasted 105 from 76 balls, have long tormented Bangladesh's bowlers and added 115 runs from the last 10 overs to drive Sri Lanka to a virtually unassailable 332 for 1 as their opponents had a miserable afternoon in the field.

The pair later combined to dismiss Bangladesh captain Mushrafe Mortaza, with wicketkeeper Sangakkara stumping the tailender after he charged down the wicket at part-time spinner Dilshan.

Bangladesh was bowled out for 240 in the 47th over.

After losing to New Zealand in their first match, Sri lanka have now beaten Afghanistan and Bangladesh and have moved up to second in the group.

They play England in Wellington on Sunday.