A brutal opening spell from Bangladeshi quicks Mashrafe Mortaza and Rubel Hossain set the platform for a convincing 105-run win over Afghanistan in their Cricket World Cup opener in Canberra. 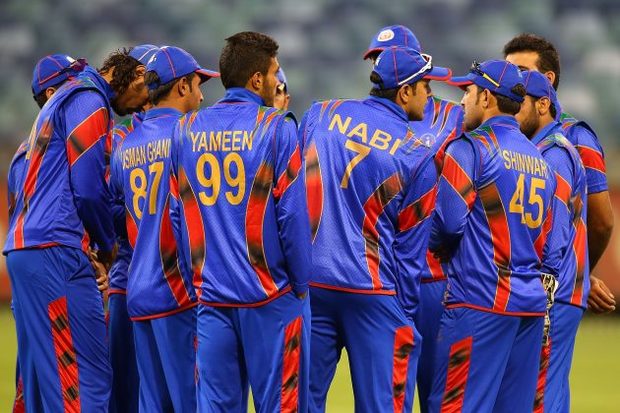 The Bangladeshi pacemen had World Cup debutants Afghanistan shellshocked at three for three in the first three overs on a decent batting wicket at Manuka Oval.

The opening spell produced 145kmh deliveries that are sure to have caught the wary eye of the Australian cricketers ahead of Saturday's showdown on the pace-friendly Gabba pitch.

Despite bowling Bangladesh out for a modest 267 on the final ball of the innings, any dreams of Afghanistan conjuring a fairytale run chase in their first ever World Cup match were soon extinguished.

Bangladeshi captain Mortaza (three for 20) struck in the first over of the match to dismiss opener Javed Ahmadi (1), then sent Asghar Stanikzai (1) packing in his very next over.

Nawroz Mangal (27) and Samiullah Shenwari (42) launched a spirited fightback with a stoic fourth-wicket partnership of 62.

But Mangal's innings came to an end after a brilliant outfield catch from Hossain (1 for 27) at deep square leg.

Shenwari was then run out two overs later after some brilliant fielding by Sabbir Rahman, while Afghanistan captain Mohammad Nabi (44) was dismissed while hitting out.

Despite being all out in the 43rd over, there were promising signs for cricket's new-kids-on-the-block.

They also had to do it without legspinning all-rounder Samiullah Shenwari, who was taken out of the bowling attack one ball into his second over for running on the wicket.

Bangladesh's total could have been smaller had Afghanistan had more experience using the DRS.

They failed to use their review when it would have yielded at least two vital wickets.

Opening batsman Tamim Iqbal appeared to be caught behind for six off the bowling of Hamid Hassan (2-61) in just the third over.

Umpire Steve Davis gave it not out but replays showed a big spike on Snicko.

Afghanistan again declined to use their review on another Davis decision in the 41st over.

Replays also showed they could have had big-hitting wicketkeeper Mushfiqur Rahim (71) out lbw when he was priming to wind up on 41.

By the time he was finally dismissed in the 48th over, the damage had been done.