The West Indies have consigned Pakistan to their second straight Cricket World Cup defeat with a comprehensive 150-run win at Christchurch's Hagley Oval. 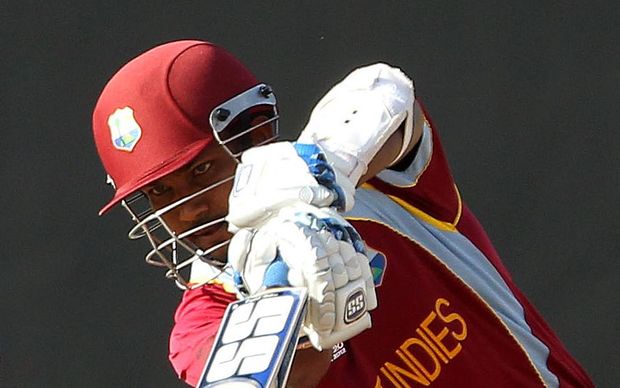 A late batting blitz lifted the West Indies to 310 for six after Pakistan won the toss and elected to bowl first.

Half centuries from Denesh Ramdin (51) and Lendl Simmons (50) laid the platform for the Caribbean nation, before all-rounder Andre Russell smashed 42 from 13 deliveries at the end of the innings.

Pakistan had several costly dropped catches in the field.

In response, Pakistan were one for four at one stage, the worst start to an innings in ODI history.

They recovered to some extent thanks to a sixth-wicket partnership of 80 between Sohaib Maqsood and Umar Akmal, but defeat still came quickly as they were bowled out for 160.

Akmal top-scored for his team with 59.

Jerome Taylor was the pick of the bowlers with three wickets for 15 runs from seven overs.

Both sides entered the game on the back of losses, Pakistan to India, and the West Indies to Ireland.

Meanwhile the Australia captain Michael Clarke will have to wait another week before he can join the World Cup party after steady rain washed out the hosts' Pool A match against Bangladesh at the Gabba.

Cylone Marcia brought torrential rain to the Brisbane area, where locals have been advised to stock up on supplies, and the persistent downpour snuffed out any hope of even playing a minimum requirement 20-overs-a-side contest.

The teams were awarded a point each, something Bangladesh, who thumped Afghanistan in their tournament opener but were huge underdogs against the hosts, will welcome more than Australia.