Sprinters Sam Webster and Steph McKenzie claimed their fifth title between them on the penultimate night of the Track Cycling Nationals in Cambridge. 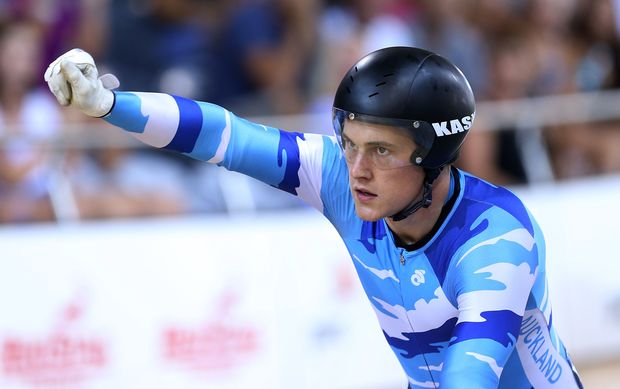 The Commonwealth Games gold medallist Webster come from the back of the field to win an exciting men's keirin while McKenzie had to unleash similar tactics to win the women's final.

The pair had earlier won the individual sprint titles and Mckenzie also took out the 500m time trial at the event that doubles as the final New Zealand trial before selection to the world championships in Paris next month.

This follows the individual pursuit won by 20-year-old Dylan Kennett and the scratch race by 21-year-old Alex Frame.

Webster found himself at the back of the field in the keirin final, but followed the attack by New Zealand team-mate Eddie Dawkins after the durny departed.

Webster then pushed hard to go around leader van Velthooven into the final lap, and fought off a frantic finish from the Olympic medallist, Archibald and impressive Mid-South Canterbury rider Daniel Rafferty.

"When you are that far back you only have the chance to make one move and it has to be decisive," said Webster.

"The plan fell in place to make my run with a lap and a half, I ran at the gap, on the back straight, made my big move and from there it was 100 percent from there to home."

"That was the only way I was going to win it against my training mates."

"I've put my hand up to ride the sprint, team sprint and keirin at the world championships but that is in the hands of the selectors. I am happy with how I have delivered the racing. I hope my good form here can continue to build and I feel I have more left in the tank."