The South Sydney Rabbitohs have backed up their 2014 Premiership win with a thrilling victory over the Cronulla Sharks to win the National Rugby League's Auckland Nines tournament at Eden Park. 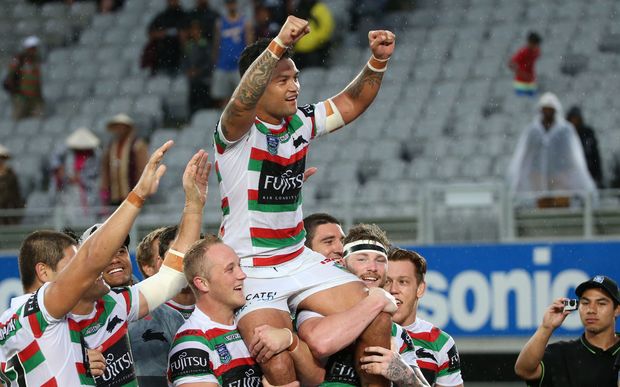 Isaac Luke is lifted by his Rabbitohs team-mates after their win at the NRL Auckland Nines. Photo: PHOTOSPORT

A sideline conversion from Sharks fullback Valentine Holmes levelled the scores at 14-14 at the end of regulation time sending the game into a 'golden try' period.

The Sharks' defence held strong for nine minutes of pressure from Souths before the veteran winger, Matt King, scored to give the Rabbitohs the win in a tournament he'd come out of retirement to play in.

Earlier, the hometown Warriors were beaten by the Sharks 14-12 in the quarter-final. 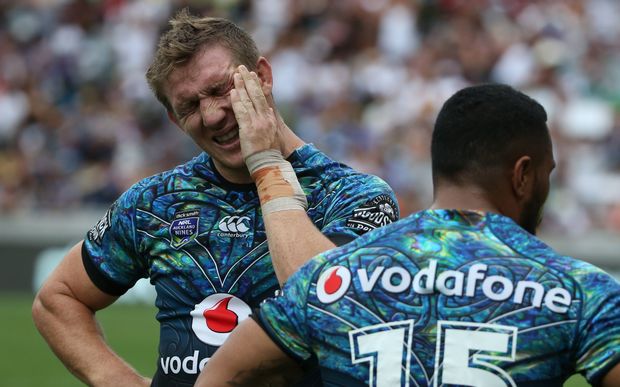 Ryan Hoffman shows his disappointment after the quarter-final loss to Cronulla Photo: Photosport

The Sharks came back twice with bonus zone tries before the Warriors scored a third try, but captain Shaun Johnson couldn't convert the sideline kick.

Johnson says it's disappointing to lose when you score more tries but he has to learn to kick drop-kick conversions, as they proved to be quite important. 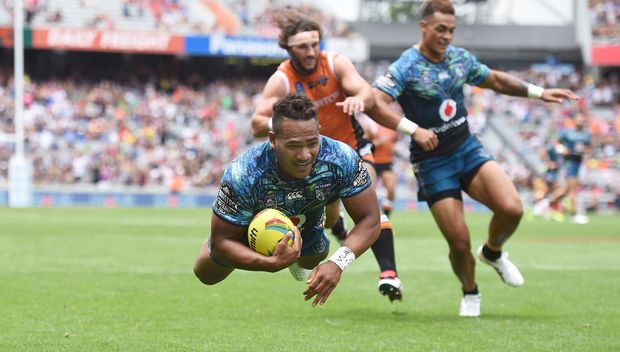 Before the finals, the Australian women's Nines team finally beat New Zealand in their third clash of the weekend, winning 8-7 in another game memorable for the big hits put on by the Kiwi Ferns.

The Ferns beat the Jillaroos twice at Eden Park, triumphing 16-4 in the second game to win the series, following Saturday's 8-4 victory. 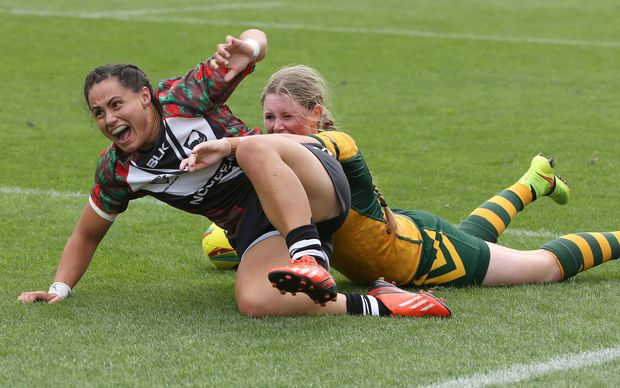 Janna Vaughan just after she scored the winning try against the Jillaroos Photo: Photosport

The Warriors made the quarter-finals with a 22-8 victory over the Wests Tigers in the hosts' last pool game at Eden Park.

The Warriors' playoff hopes were in jeopardy after their shock 23-19 defeat by the Canberra Raiders in their second pool game, making the Tigers clash a must-win.

The victory meant the Raiders then had to beat the already-eliminated Gold Coast by 19 points or more in their last pool game to overtake the Warriors and make the finals. 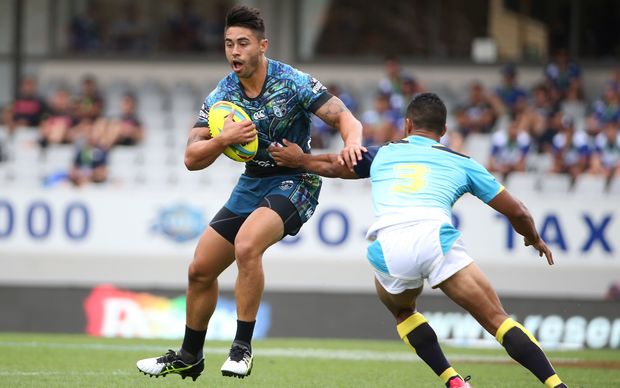 Shaun Johnson in action against the Titans Photo: Photosport

Manly were one of the pre-tournament favourites but the Sea Eagles lost all three of their pool games, going down 20-17 to Newcastle on day two to exit the tournament ignominiously.

The Eels won their pool despite a narrow 12-10 loss to the Dragons on day two - the St George Illawarra outfit only narrowly miss out on points difference. 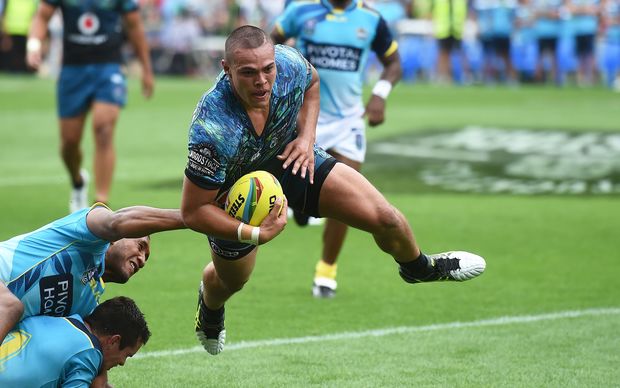 Tuimoala Lolohea scores for the Warriors in their opening win over the Titans Photo: Photosport

The Dragons, Manly, the Raiders and the Titans weren't alone in having their title hopes dashed - the Penrith Panthers, the Brisbane Broncos, the Bulldogs, and Melbourne missed out on the playoffs, the Storm were well beaten 24-4 by South Sydney in their final pool game.

More than 40,000 people attended each of the two days of the tournament at Eden Park, plenty of them sporting some interesting costumes. 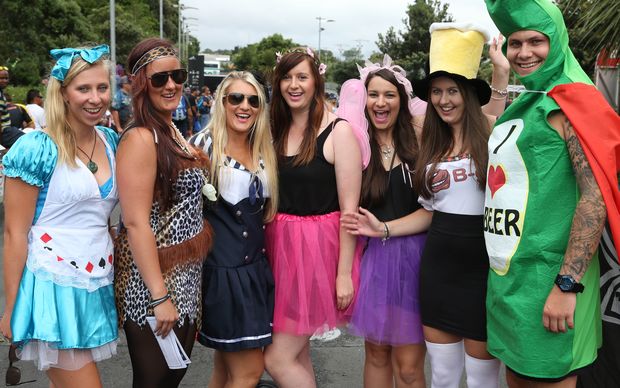 Fans are sporting plenty of different costumes for the NRL Nines Photo: Photosport 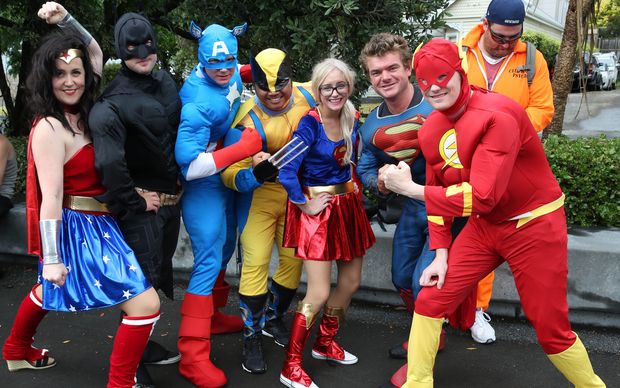 Fans dressed up as superheroes pose before heading into Eden Park for the NRL Nines Photo: Photosport