The tennis world number one Novak Djokovic advanced to his fifth Australian Open final with another five-set victory over Stanislas Wawrinka, the man who dumped him out of last year's tournament. 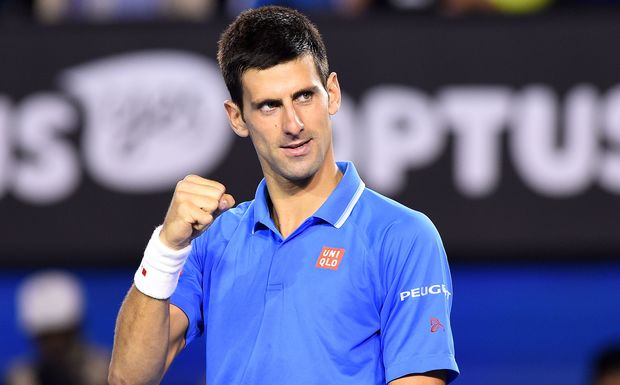 Novak Djokovic in action at the Australian Open. Photo: PHOTOSPORT

Djokovic, bidding to become the first man to win five Australian Open titles since the game went professional in 1968, ran hot and cold but seized the points that mattered to beat the defending champion 7-6(1) 3-6 6-4 4-6 6-0.

"As it was the case in the last two years we played five sets and I was ready for the battle," Djokovic says. "We pushed each other to the limit."

"Stan is a quality player. I made my life very complicated on the court."

The Serbian top seed's life will not get any easier on Sunday when he faces old friend Andy Murray, with the Briton looking to win his first Melbourne Park title in his fourth final.

"Andy and I go back to when we were 12 years old, that's when we first played each other," Djokovic says. "We've known each other a long time, it's nice to play another grand slam final against him."

Wawrinka had steadfastly refused to be drawn into comparisons to his grand slam tilt last year by sticking to a mantra, 'this is a new year, nothing in the past counts for today or tomorrow'.

Aware the result of Friday night's match could mean there was no tomorrow this year at Melbourne Park, on his march to Rod Laver Arena his eyes searched for the large picture of himself that is the most recent in the 'Walk of Champions'.

Symbolism, and history, were not on Wawrinka's side.

Djokovic's picture occupies all three of the spots before his and the Swiss had won just three of their 19 previous encounters.

The past two at Melbourne Park, however, had been modern day epics. Both went to five sets with the winner then going on to clinch the title and anticipation had been high for 'The Djoker v the Man 3.0'.

The standard of play was not as high as in the past however, and indeed Djokovic was atypically enigmatic and lacking in vigour, though there were flashes of genius, with both applauding shots that were simply too good for their opponent.

Statistically little separated the pair, but the points Djokovic won were more crucial, especially early in the fifth set that allowed him to break twice and race through the decider.

Mattek-Sands won the mixed doubles title at Melbourne Park with Romania's Horia Tecau in 2012, but it was her first grand slam women's doubles title.

They beat four seeded pairs on their way to the final, before they secured the title with a 6-4 7-6(5) victory over the 14th seeds.

The unseeded duo were playing their first tournament together and are the first new pairing to win the women's doubles title at Melbourne Park since 2005, having got together the day before they played singles.