The Chelsea defender Branislav Ivanovic powered home a header in extra time to send his side to the English League Cup football final with a 1-0 victory over Liverpool in their second leg at Stamford Bridge. 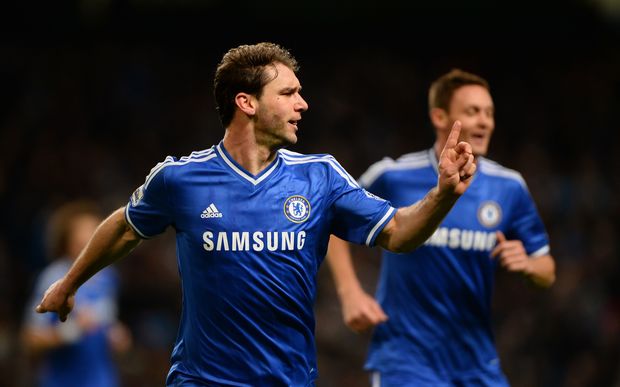 The Serbian defender rose unmarked to header past Liverpool goalkeeper Simon Mignolet four minutes into extra time to secure a 2-1 aggregate win for the four-times winners.

Both sides had good chances in normal time and were grateful to their keepers - Thibaut Courtois and Mignolet - for keeping the scores level in a match that had plenty of controversy.

Chelsea striker Diego Costa was typically in the thick of the action and twice appeared to stamp on Liverpool players, but should also have been awarded a penalty when he was felled by Martin Skrtel in the first half.

Chelsea will face Tottenham Hotspur in the final at Wembley, after Spurs drew 2-2 with Sheffield United in the second leg of their last-four clash, the two sides separated by Tottenham's 1-0 win after the first leg.