The England first-five Owen Farrell has been ruled out of this year's Six Nations rugby Championship with a knee ligament injury. 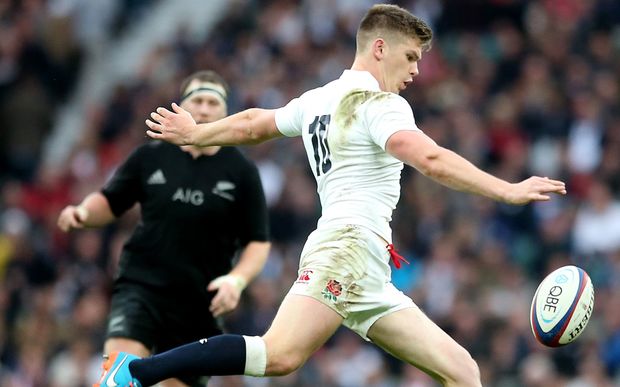 Lancaster says they're fortunate to have three other No 10s in the squad in what is a very competitive position and they'll look forward to seeing how they go over the Six Nations.

Flanker Tom Wood and lock Geoff Parling are also struggling to get fit to face Wales in England's opening game on February 6th along with centres Kyle Eastmond and Brad Barritt.

Farrell lost his place at first-five to George Ford during the November internationals and his absence could mean a recall for the mercurial Danny Cipriani on the replacements' bench.

Forwards Ben Morgan and Joe Launchbury have also been ruled out of the Six Nations and lock Courtney Lawes will miss the Wales game.