The former Wallabies coach Robbie Deans will take charge of the Barbarians for their two upcoming matches against Ireland and an England XV in May. 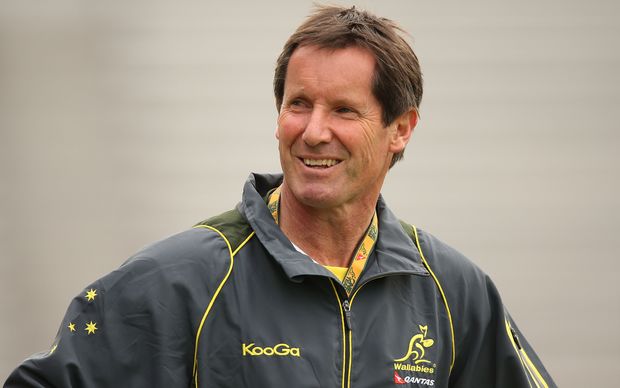 Deans, who led Australia from 2008 to 2013, is assembling a high quality side with Australia's Berrick Barnes, New Zealand's George Whitelock and Argentina's Tomas Cubelli being the first three names in his squad.

The match against Ireland will be played at Thomond Park in Limerick on May 28th and they will play the England XV at Twickenham on May 31st.

Deans says he counts his trips back to the UK as special times in his rugby coaching career and a couple of fixtures against the third and fourth ranked rugby nations in a World Cup year are an exciting prospect.

He says the Barbarians are an iconic team with a special place in rugby's history and it is a privilege to be invited to be their coach. Their performances against England and Australia last year were outstanding and that is the standard they have to uphold, Deans says.

Last season the Barbarians defeated England 39-29, followed by last November's 40-36 defeat at the hands of Australia.

The matches in May come soon after the Barbarians celebrate the 125th anniversary of their foundation on April 9th.

They are also playing Edinburgh club Heriot's on April 21st to celebrate the Scottish club's own 125th anniversary.

Deans is currently coaching a club in Japan.