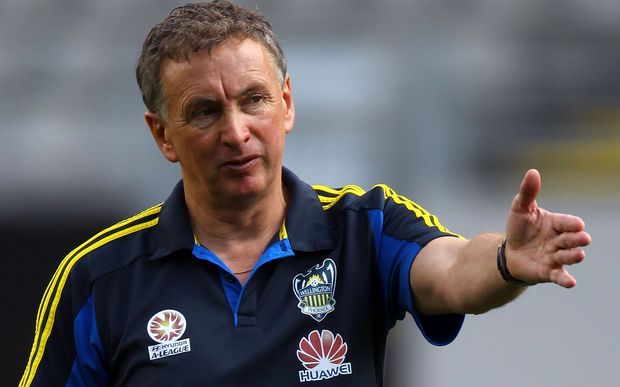 The Phoenix are second in the A-League and Merrick has now confirmed a Chinese club is interested in signing Burns, the club and the league's top goalscorer.

The coach says there's always some action in the January transfer window and the club's fine run of form has turned the heads of some international talent scouts.

"It's really a credit to this club now that we've had interest from other continents. I mean we've had several players been spoken about by clubs and oursevles in Europe and Asia and in South Africa. So the Phoenix are now a team that are providing players that other clubs want and that's a good situation to be in."

Merrick says the club won't be signing any new players during this month's transfer window, even if Burns is lured to China.

But he says a few of the youngsters playing for New Zealand in the Oceania Under-17 Championships have caught his eye.

Meanwhile, Merrick says he's open to selling Burns, who is reported to be wanted by Chinese football club Shanghai Shenhua.

Australian media has reported the Wellington Phoenix are demanding more than $2 million for Burns.

Merrick says that price tag isn't accurate, although he admits a deal could be made.

He won't say which Chinese club has been in contact with the Phoenix, but if Burns wants to leave, he wouldn't stand in his way.

"I think if the [Chinese] club is serious, they'll put on letterhead a serious offer and then the board will make a decision and they'll make a decision in line with what's good for the team and the club and also what's good for the player. I mean we've demonstrated with Jeremy Brockie we do the right thing by the player and the right thing by the club and this club's always been like that. And this idea that we're holding out for over $2 million dollars is absolutely ridiculous."