The Australian cricketers beat India by four wickets in their one-day international at the Melbourne Cricket Ground, overcoming a late mini-collapse to win with just six balls remaining. 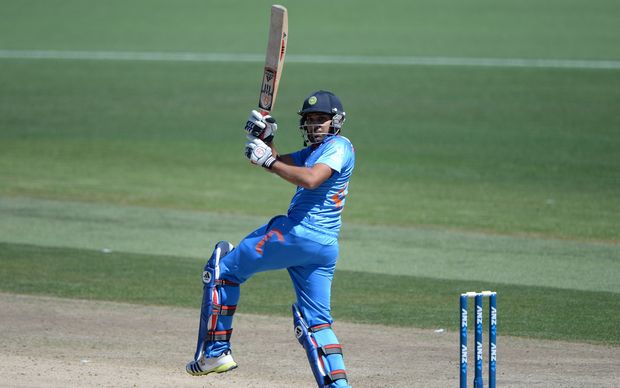 India's Rohit Sharma smashed his sixth ODI century, with 138, to contribute more than half of his team's total but Mitchell Starc's career-best 6 for 43 restricted the visitors to 267 for 8.

When the hosts replied, opener Aaron Finch proved he is not just a reckless slogger, compiling a composed 96 as Australia reached the target with one over to spare.

Finch hit five fours and two sixes in his 127-ball knock but missed out on his seventh ODI century as Australia chalked up their second win in the tri-series, which also involves England.

From 216 for 2, Australia lost four quick wickets to inject fresh excitement in the contest but eventually prevailed when James Faulkner hit the winning boundary off Bhuvneshwar Kumar.

Earlier, Sharma did not threaten the record 264 he blasted against Sri Lanka last year but the Indian opener gave Australian bowlers an insight into his intentions ahead of next month's World Cup with an almost a run-a-ball knock.

India meet England in the third match of the series tomorrow.