South African cricket fans at the Wanderers in Johannesburg were left stunned as AB de Villiers hit the fastest century in one day international history as the Proteas beat the West Indies by 148 runs. 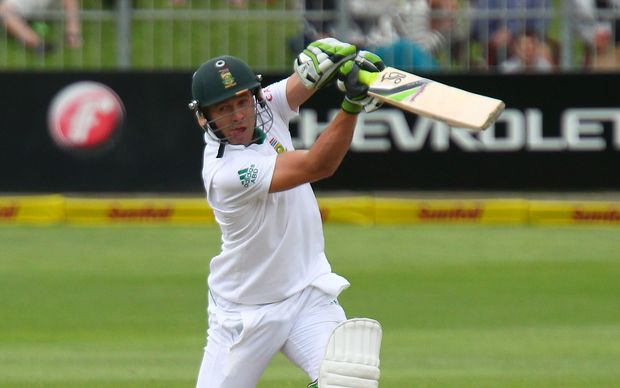 De Villiers raced to his century off 31 balls - five balls fewer than the previous record held by New Zealander Corey Anderson - on the way to an astonishing 149 off 44 balls.

His final tally of 16 sixes equalled another one-day world record.

With opening batsmen Hashim Amla and Rilee Rossouw also hitting centuries in a South African record first-wicket stand, the hosts piled up a massive 439 for two in the second ODI, their highest team total in this format.

The South African cricket writer Neil Manthorpe says they had no idea what they were in for as de Villiers walked to the wicket with just 11 overs left in the innings.

"He broke the world record for the fastest 50 in a one day international when he got there in 16 balls and nobody imagined at that stage that he could possibly go on to do it not just once but twice more or virtually, I mean his last 49 runs came from just 13 balls. It was the audacity of his stroke making that everybody has seen before but not quite to such a prolonged extent. Every time the West Indies moved a fielder he would hit the ball there. He played all his full repertoire of trick shots really in many ways. He was reverse lap sweeping the quick bowlers, jumping across to off-stump, sweeping the fast bowlers for 6 over fine leg and it was just breathtaking breathtaking stuff. There wasn't a person in the crowd of the 28-29,000 people who didn't have goose bumps on their goose bumps watching it."

The West Indies were never likely to chase down a world record target but managed a respectable 291 for seven to give South Africa a 148-run win and a 2-nil lead in the five-match series.

Dwayne Smith (64) and Denesh Ramdin (57) were the pick of the visiting batsman but no-one could match the explosiveness and De Villiers.

The third ODI is in East London on Wednesday.