English football champions Manchester City have signed Ivorian forward Wilfried Bony from Swansea City for a sum believed to be in the region of $60 million. 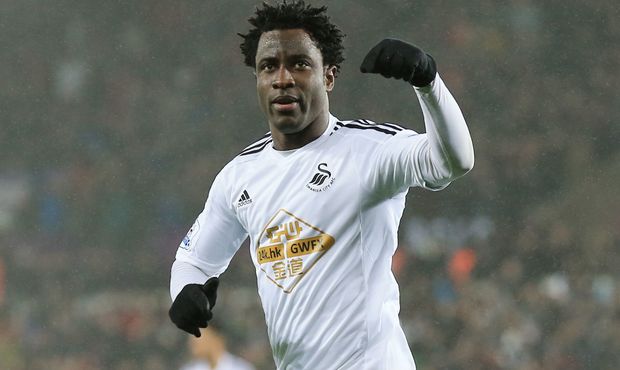 Wilfried Bony celebrates a goal for his former side Swansea City. Photo: PHOTOSPORT

The 26-year-old, who scored 20 goals in the 2014 calendar year, more than any other Premier League player, joined Swansea from Dutch side Vitesse Arnhem for $24 million in 2013.

Bony signed a one-year extension to his Swansea contract in November and the Welsh club's manager Gary Monk said it would take an "astronomical fee" for the club to sell him.

The sum represents double the amount of Swansea's previous record sale -- Joe Allen to Liverpool for $30 million in August 2012.

Bony, the first major signing of the mid-season transfer window, boasts a combination of power, ruthless finishing and quick feet which has made him one of the most prolific and feared forwards in the Premier League.

He scored 25 goals in all competitions in his first season at the Welsh side and a further nine goals so far this season.

Bony, who has scored 11 goals in 32 international appearances, will spearhead the Ivory Coast's African Cup of Nations challenge in Equatorial Guinea and might not be available for his new club until early February.