The West Ham United goalkeeper Adrian converted the decisive spot-kick in a penalty shootout against 10-man Everton to send the Londoners into the fourth round of English football's FA Cup after a pulsating replay.

Adrian fired past opposite number Joel Robles immediately after the Everton keeper had crashed his effort against the crossbar as West Ham won 9-8 on penalties. 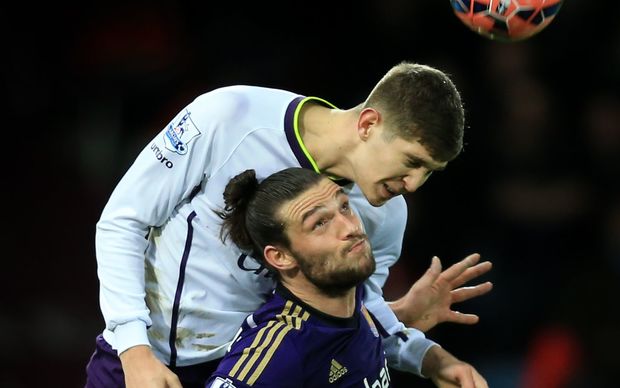 The match had finished 2-all after extra time following a highly entertaining 120 minutes at Upton Park.

Everton, who have a fantastic record against West Ham, particularly in London, had to play more than half the game with 10 men after Aiden McGeady was sent off for a second yellow card after 56 minutes.

The visitors had fallen behind six minutes after the break when Enner Valencia slotted past Robles from a tight angle after running on to Andy Carroll's pass.

Everton's task got harder when McGeady was red carded for bringing down Mark Noble but Kevin Mirallas curled in a superb free kick from the edge of the box on 82 minutes to equalise and send the game into extra time.

Romelu Lukaku fired Everton ahead six minutes into the extra period but substitute Carlton Cole sent the tie into penalties when he stabbed home from a corner just over a minute after coming on.

West Ham will travel to Bristol City in the next round after the third-tier side overcame Doncaster Rovers 2-0 in another replay.

Also today, Fulham overcame Wolverhampton Wanderers 5-3 in a penalty shootout to seal a meeting away at Premier League Sunderland.