Off-spinner Saeed Ajmal has withdrawn from Pakistan's World Cup squad as his bowling action is yet to be cleared by the International Cricket Council.

37-year-old Ajmal, Pakistan's top wicket-taker for the past three years, was suspended from bowling by the ICC in September. 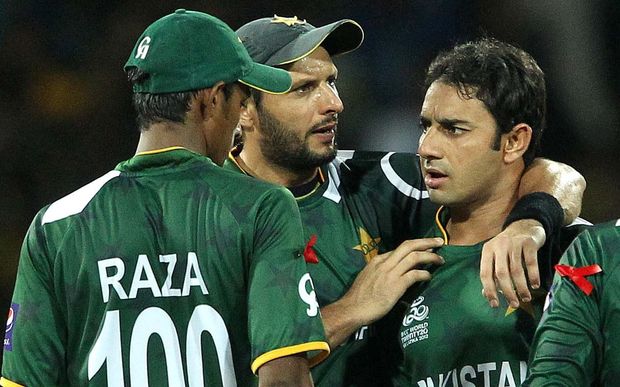 Banned Pakistan all-rounder Mohammad Hafeez is to undergo checks before potentially applying to the ICC for an official test on his bowling action.

Teams have to name their final 15-man World Cup squads by January 8th.

Ajmal, who had been named in Pakistan's preliminary squad, will continue remedial work on his action and play domestic cricket until he has satisfied himself he can take the ICC test.

"We were aware that if he took the official ICC test in a bid to make the World Cup squad and failed it he could be suspended from playing for one to two years and that would mean the end of his career."

Ajmal was Worcestershire's leading wicket-taker last season with 63 wickets to help them win promotion from Division Two of the County Championship.

Meanwhile, Naveed Akram Cheema has been appointed Pakistan's team manager for a second time for their upcoming tours, including the World Cup, in place of Moin Khan, who will remain as the chief selector.