The Spanish striker Fernando Torres has officially left English Premier League football side Chelsea, signing a permanent deal with Italian club AC Milan who are set to loan him immediately to his former team Atletico Madrid of Spain. 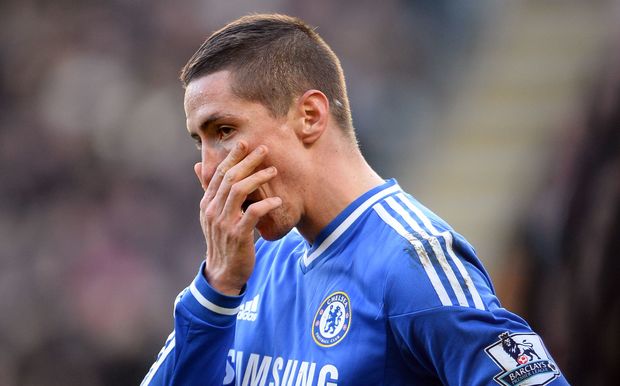 Torres has been on a two-year loan to Milan from Chelsea, but he will sever ties with the Stamford Bridge club in order to rejoin Atletico in January.

A Chelsea statement said: "The striker moved to the San Siro on a two-year loan deal in August and on January 5 he will complete a permanent transfer to the Serie A side."

The 30-year-old has scored just once in 10 games for the Serie A giants, and there is no suggestion he will remain at the San Siro.

In January 2011, Chelsea broke the British transfer record by splashing out £50 million on Liverpool striker Torres.

One of his first goal attempts on his debut for the Londoners, a 20-metre effort against Liverpool that sailed high, wide and not so handsome, was almost a symbol of the trials and tribulations Torres was to endure for the next 3.5 years.

It took the Spanish international 14 games, and a host of near misses, to open his account but although it was joyously acclaimed by the Stamford Bridge faithful, his strike against West Ham United proved his only Chelsea goal of the season.

The following campaign was only marginally better for the forward, who helped Spain win the 2010 World Cup and Euro 2008 and 2012, and he said he was indebted to the fans for their unstinting show of support during the worst spell of his career.

"Since I joined Chelsea the fans have been amazing to me," Torres told the club's in-house television channel in February 2012. "It has been very important to have the fans behind me.

"At the beginning of the season I went through the hardest moments of my career. I went several games without being in the starting lineup and I've never been in that situation before."

Torres said he experienced one of his best moments when the supporters kept cheering his name while he was on the bench for a 3-0 home Premier League win over Wolverhampton Wanderers three months earlier.

"That game against Wolverhampton showed me there is something very important to fight for, the love of the fans," he explained.

"I've never had that feeling from supporters before and I wasn't even on the pitch."

Torres could always rely on the backing of the Chelsea followers and, although that faith was only sporadically rewarded, when it was it came in spectacular fashion.

Atletico's assistant coach German Burgos said the 30-year-old was set to return to the Vicente Calderon.

"It (the Torres deal) is on the verge of completion and we are waiting for things to firm up," Burgos was quoted as saying in Spanish media.

"He will be a very important reinforcement for the second half of the season.

"We will get the best out of him, the same as everyone, and he knows where he is coming to."

Essentially AC Milan have signed Torres 'permanently' in order to make it easier to get rid of him.

The player had been on a two-year loan deal, but he has cut ties with Chelsea because Milan want to do a 'loan swap' with Atletico Madrid that will see Alessio Cerci move from Atletico to the San Siro. '

That deal is more straightforward as a direct swap without Chelsea's involvement.