Rory McIlroy, the world's number one golfer, experienced an awkward moment when he went to watch Ulster take on Connacht in a rugby match.

The Ulster supporter was in the middle of a television interview with the BBC when the Neil Diamond song Sweet Caroline was played over the public address system at halftime. 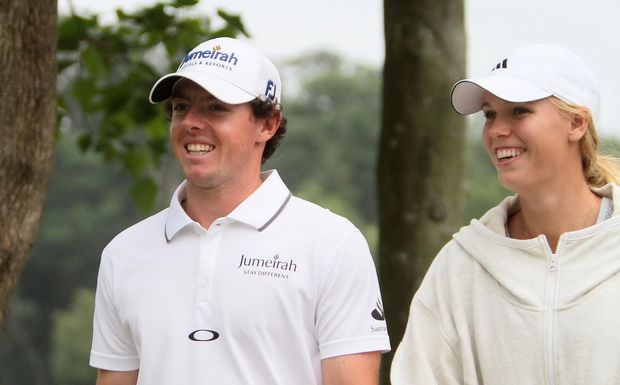 McIlroy responded by smiling sheepishly, looking down at the ground and exclaiming "Oh dear".

The Northern Irishman broke off his engagement to former world number one tennis player Caroline Wozniacki in May, the same week as he won the BMW PGA Championship at Wentworth.

McIlroy went on to score a rare title hat-trick later in the season, reeling off three straight victories in the British Open at Royal Liverpool, the WGC-Bridgestone Invitational in Ohio and the U.S. PGA Championship in Kentucky.

The 25-year-old is having some time off before returning to competitive golf in the new year.

"I'm in my off-season so I can enjoy myself, enjoy my Christmas dinner and have a few drinks," said McIlroy with a big grin.