Wayne Smith is to rejoin the All Blacks coaching staff for the 2015 World Cup season.

Smith coached the All Blacks in 2000 and 2001 and was then part of the All Blacks coaching staff from 2004 through to the team's victory at Rugby World Cup 2011. 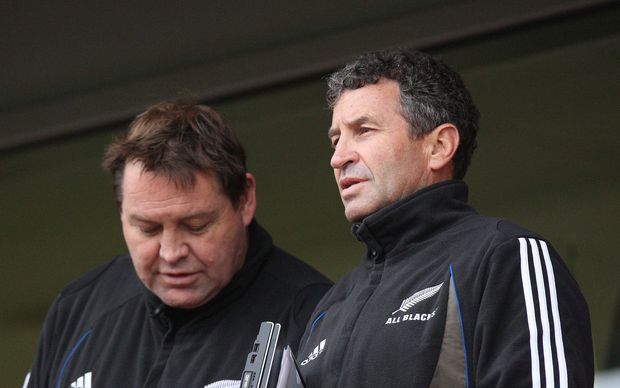 Hansen says they're delighted that Smith has accepted the offer to return to the All Blacks.

"He is one of the most astute rugby coaches in world rugby and having worked with him in the past, we know just how valuable he is to any team he is involved in.

'Smithy' will add another dimension to what is already a strong coaching group in what will be a big year for us. We look forward to welcoming him back into the fold.

"Smithy's role will be purely around defence, but as we do with all our coaches we will tap into his vast knowledge of other areas of the game."

Smith says he never thought he would be involved with the All Blacks again, after leaving the team at the end of 2011.

"When I was asked to be involved in the All Blacks again for 2015, it was a case of checking whether I had the support of my family, which I did. I also spoke to some of the senior players in the team and everyone was incredibly supportive. I care deeply about the All Blacks, I'm excited to be back and looking forward to getting stuck into next year."

Smith will be stepping down from an official coaching role with the Chiefs, but will still work from the team's base and continue to do on-field coaching once a week to keep his coaching hand in.

He will also be working with all five of New Zealand's Super Rugby teams during the season in his All Blacks capacity.