Milne's pace and accuracy has been a highlight for New Zealand in their limited overs series against Pakistan, mounting a strong argument for selection in the World Cup squad. 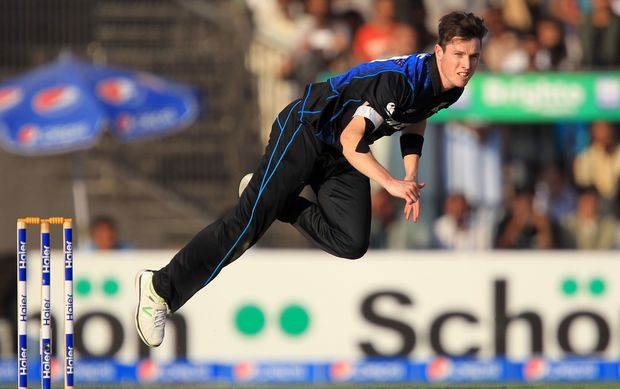 The 22-year-old was the tightest bowler in the one Twenty20 game he played in Dubai and his figures of three for 134 from 30 overs make him the most miserly tourist with a game to play in the five-match ODI series, which is locked at 2-2.

The only game Milne missed was the third ODI at Sharjah where Pakistan swung freely to compile 364 when he was rested.

All that's missing now is wickets for the Palmerston right-armer, who is regularly sending down thunderbolts in excess of 150 kilometres per hour.

Hesson says seven scalps from 10 ODIs at an average of nearly 70 doesn't do Milne's talent justice.

Hesson says Milne is growing in confidence and at some stage he's going to get a bag of wickets and surprise someone.

He says Milne's bowling a lot of wicket-taking deliveries and hasn't picked up the wickets he deserves.

With Test new ball pair Trent Boult and Tim Southee both regarded as World Cup squad certainties, Milne is locked in a battle with Mitchell McClenaghan, Matt Henry and Kyle Mills for two, or possibly three, other seam positions.

The 15-man squad is named on January 8th, meaning the fifth ODI against Pakistan in Abu Dhabi on Friday is the last international chance for candidates to show their wares.