The Croatian tennis player dubbed the 'Young Rafa' has been given a wildcard for Auckland's Heinken Tennis Open in January.

Tournament director Karl Budge says Coric is the biggest mover on tour this year and destined for the top of the men's game.

"The Heineken Open has a reputation for unearthing the next crop of talent. We have had Federer, Nadal and Murray all play in Auckland when they were on the up. Borna is no different." 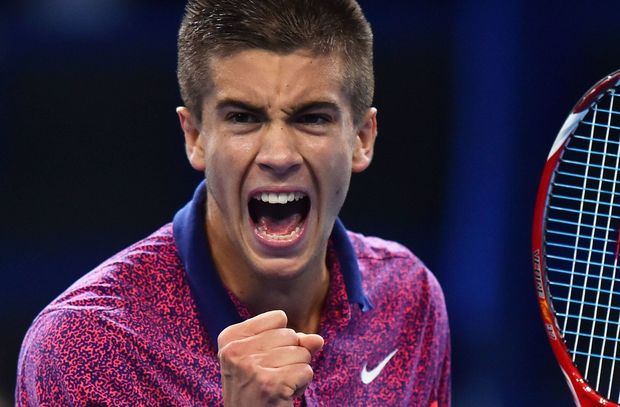 If 2013 was when the youngster started raising eyebrows after winning the Junior US Open and being selected to take on Andy Murray for the Croatian Davis Cup team, it has been 2014 that he has cemented himself as the brightest talent on tour.

The former Junior World Number One reached his first ATP quarterfinal in Umag, Croatia in July before qualifying for the US Open and knocking out world number 29, Lukáš Rosol in the first round.

However it was in Basel that he truly earned his reputation as a future champion.

At just 17 years of age, the 6'1" prodigy beat Heineken Open second seed, Ernests Gulbis (13) in the first round, Andrey Golubev (66) in the second round and in possibly the biggest upset of the season, knocked out the player he has been most compared to, world number three Rafael Nadal, in the quarter-finals.

Ćorić was awarded the ATP Star of Tomorrow trophy at the prestigious World Tour Finals in London last month.

The addition of Ćorić leaves organisers with just one wild card remaining.

It will be up for grabs at this weekend's New Zealand Championships, with the winner receiving a direct entry in to the main draw.