The veteran midcourter Wendy Frew will captain the Southern Steel in next year's trans-Tasman netball comepetition the ANZ Championship.

2015 will be Frew's 13th playing for an elite southern franchise team, having been first selected as a teenager in 2002 for Steel's predecessor the Sting.

It will also mark her first as sole captain. She was co-captain with Liana Leota in 2011.

"It's certainly a proud moment and I'm extremely honoured - it's always been a goal of mine to captain this franchise as it's such a massive part of my life and I'm incredible passionate about it," Frew says.

"I've played with some incredible leaders in front of me over the years which have influenced my career and now I'm looking forward to injecting my own style to the Steel and leading by example."

The 30-year-old has chalked up 77 ANZ Championship games for the Steel since 2008. 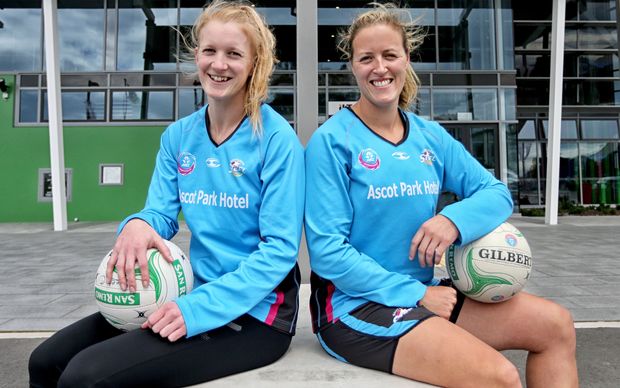 Wendy Frew (right) will captain the Southern Sting in 2015 while Shannon Francois will be vice captain. Photo: Dianne Manson

"We have a talented young team and it's going to be fun to work with them. They're already so enthusiastic and, like me, will be fighting hard to earn their place on court," she said.

"Pressure is a good thing and makes you strive to be your best. I always aim to come back fitter, faster and stronger as an athlete, both mentally and physically," Frew said.

Fellow midcourter Shannon Francois has been named as vice-captain.

The Steel, which finished fifth last year, opens its season on Sunday, March 1, against the New South Wales Swifts in Invercargill.