A serious knee injury in the third test in October, meant Kopua had to watch from home as Australia completed a 4-0 series-sweep of the Ferns in the Constellation Cup, followed by a rare loss to England.

Kopua says it was difficult watching them struggle, but the best thing she can do for her team is to be disciplined and stick to her recovery plan.

Kopua is optimistic about returning to the court before next year's World Cup in August and the 29-year-old believes her side can bridge the gap with arch-rivals Australia. 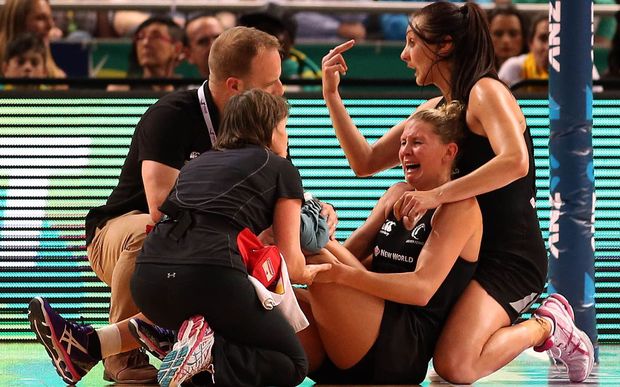 Casey Kopua says the prospect of the World Cup keeps her on the road to recovery. Photo: PHOTOSPORT

"We're already making changes and doing things differently so we don't get the same results and I think everybody is trying so hard, there's no lack of effort there from the girls but it's just I guess the execution."

"But I certainly think we can do it, we've got eight months or nine months to do that."

Kopua says so far she's been ticking off the targets on her road to recovery.