The defending world series champion All Blacks Sevens have been thrashed 28-0 by South Africa at the semi-finals of the Dubai Sevens rugby tournament. 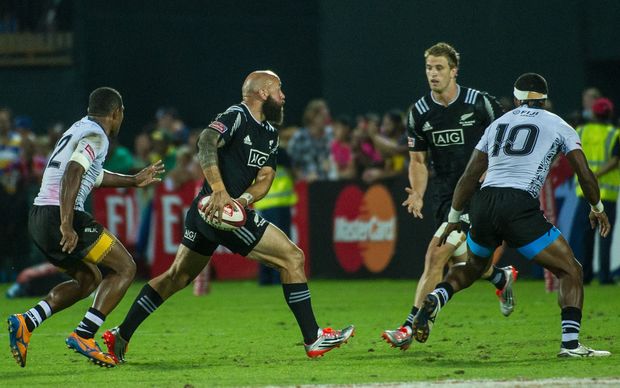 DJ Forbes in action in the third place playoff against Fiji in Dubai. Photo: PHOTOSPORT

The South Africans went on to thump Australia 33-7 to win the Cup final, while New Zealand lost the third place playoff 26-12 to Fiji and slip to fourth on the World Series ladder.

Fiji, who lost to Australia in their semi, remain on top of the table, ahead of South Africa.