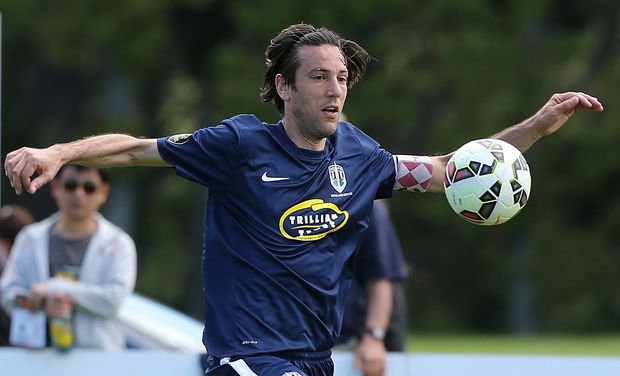 The New Zealand side begin their Club World Cup campaign in Morocco next Thursday (NZ time).

The reigning New Zealand and Oceania champions could have won the match when striker Ryan De Vries hit a long range shot that rebounded off the inside of the post midway through the second half.

Despite coming close to victory, coach Ramon Tribulietx was delighted more by the progress of his team than by the specific result, although said he was proud of his players efforts.

"Ryan's shot could've gone in but today is not really about that. Today was about focussing on our processes and I thought these were pretty good."

"We played against a very good side, a professional side, some of their players have top pedigree and play for top clubs."

"The intensity of the game was very good, I think we coped with their speed and we had moments where we had to defend and where we had possession."

"We defended well and I thought we had the best chances of the game without meaning to sound too proud."

"This is the kind of game we need to play if we want to be competitive in the Club World Cup, so it was a good hit out," says Tribulietx.

"We talked about a couple of things at half-time in terms of our defending and transition."

"Maybe in the first half for 10-15 minutes we were losing that first or second pass in transition and we had to defend again."

"This is something we need to look at when we play in the FIFA Club World Cup next week."

Tempers flared as Auckland City FC refused to back down to their 74th-ranked international opponents with midfielders Daewook Kim and Tim Payne both on the receiving end of physical challenges.

"We have had an unfortunate first couple of months in terms of injuries and I was bit a afraid for Daewook Kim," says Tribulietx.

"That was a really bad tackle, hopefully that's not a bad injury and in a couple of days he'll be back into training."

Uzbekistan had two excellent chances to score in the first half - the best one a close range volley by Iskandorev - but were twice denied by superb goalkeeping by Tamati Williams.

Williams also denied Rashidov with a top save midway through the second half before being replaced by Jacob Spoonley as Tribulietx rotated his squad.

Uzbekistan have lost just one of their last six international matches, a run that included a 3-1 win over the All Whites in Tashkent in September.

Auckland City FC now leave their team base camp in Dubai and head to Rabat, Morocco, in good heart with the goalless draw a huge morale boost ahead of facing Moroccan champions Moghreb Tetouan in their first Club World Cup match next Thursday.

Uzbekistan are the second national team from Asia the Navy Blues have faced this season after they downed Singapore U-23 4-0 in the OFC President's Cup last month.