Chelsea's march towards the Premier League football title continued with a consummate 3-0 triumph over Tottenham as champions Manchester City stayed second with a 4-1 canter at Sunderland. 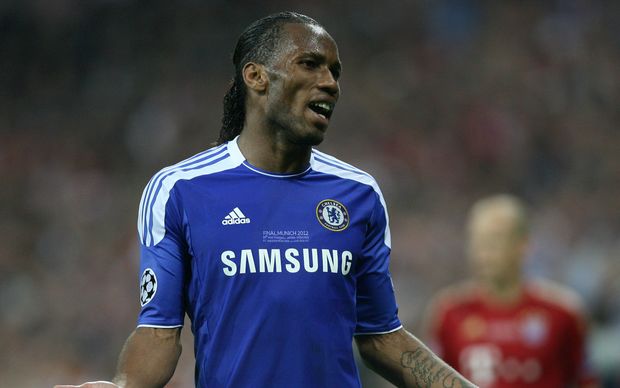 Third-placed Southampton's challenge suffered further deflation with a 1-0 defeat at Arsenal, but the pacesetters took full advantage with Chelsea making it 21 games unbeaten this season thanks to goals from Eden Hazard, Didier Drogba and Loic Remy.

Even without suspended top scorer Diego Costa, the 36-year-old Drogba proved an ageless replacement, scoring within two minutes of Hazard's 19th-minute opener before Remy replaced him and netted to seal the points.

Chelsea's victory, which continued their amazing record of being unbeaten by Spurs at Stamford Bridge for 24 years, maintained their six-point lead over City, who came from behind to crush Sunderland at the Stadium of Light.

The champions were once again grateful to the league's leading marksman Sergio Aguero who produced a sublime display, scoring twice with his 13th and 14th league goals of the season.

The Argentine struck two minutes after Connor Wickham had put Sunderland ahead on 19 minutes, equalising with the sweetest of strikes.

He then set up Stevan Jovetic six minutes before the break, Pablo Zabaleta added a third and Aguero completed the rout.

Southampton, whose high-flying start to the season was arrested in a 3-0 defeat by City on Monday, slumped to a second successive defeat with an 89th-minute Alexis Sanchez goal finally breaking their resistance at the Emirates.

They are now 10 points adrift of Chelsea but for most of the night, it had seemed that Fraser Forster's heroic efforts in the Southampton goal would earn them a point until Sanchez struck to put Arsenal in sixth place, 13 points behind Chelsea.

Hull City squeezed out of the relegation zone with a 1-1 draw at Everton, Sone Aluko scoring a 59th-minute equaliser after a superb 34th-minute Romelu Lukaku effort for the home side.