New Zealand sit just below Australia on top of the women's Sevens World Series standings after day one of the first tournament in Dubai, with both teams going through pool play unbeaten. 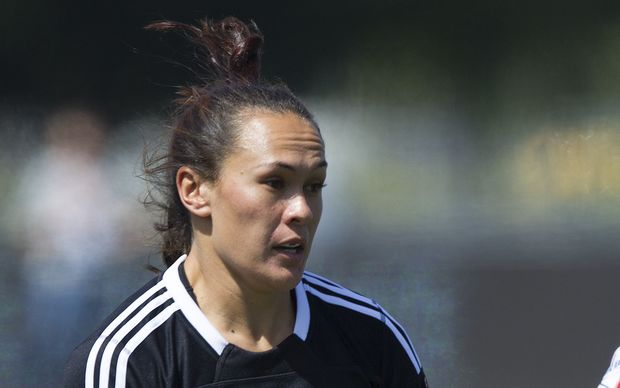 Australia are first, with trans-Tasman rivals New Zealand just behind them in second place, England in third and the United States in fourth place.

The quarter final draw pits New Zealand against Russia, Australia against Pacific rivals Fiji, England against France while the USA, who impressed in the Dubai heat, will play their neighbours Canada on day two today (Friday).

New Zealand finished unbeaten and at the top of Pool A after beating China the USA and today's quarter-final opponents Russia.

Pool C came down to a thriller at the end of the day, with England beating Canada 17-12 in a re-run of the Women's Rugby World Cup 2014 final.

Australia top pool B after beating South Africa, France and Spain, and finished as the top team overall after conceding just 10 points over the three matches.

The United States' Victoria Folayan was the day's top scorer with 35 points, coming from seven tries.

One of the standout games from yesterday's action was when defending champions New Zealand were run close by a plucky USA side who were ahead for much of the pool A match, before Sean Horan's charges claimed the narrow win, 24-19.

The New Zealanders, who face Russia in the quarter finals could be without inspirational captain Sarah Goss today, the No.5 left the field in the first half of their 29-12 win over Russia with a finger injury.

Speaking after the match, Sean Horan said, "We started well but we had a wake-up call against USA, they really threw everything at us."

"We've shown that we've got some depth, but you have to put things into perspective; we only had two girls on the field from the Rugby World Cup Sevens 18 months ago, so yeah, we have some work to do."

With Olympic qualification on the line at the end of the series, England captain Abi Chamberlain knows the importance of a top four finish.

Speaking after their victory against Canada, she said she was happy with her team's performance on day one.

"We couldn't hope for more. The target was three from three and we nailed it. Canada was our biggest challenge today and we are glad to win this one," said Chamberlain.

New Zealand's quarter-final clash with Russia kicks off at 8:05pm this evening.