Australia's top golfer Adam Scott and the world number one Rory McIlroy renew their rivalry over the next four days at the Australian Open being hosted by the Australian Golf Club in Sydney. 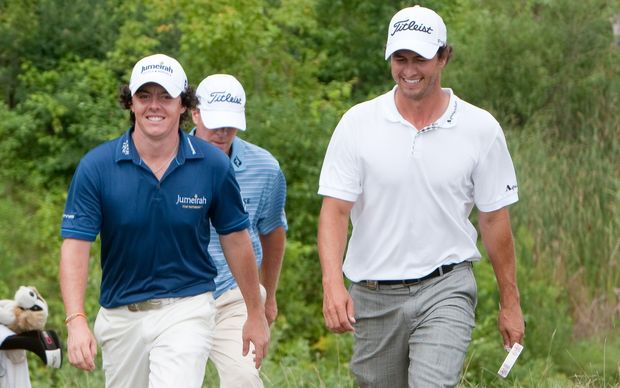 Rory McIlroy and Adam Scott competing on the PGA Tour in 2010 Photo: PHOTOSPORT

Scott, who's just lost his number two world ranking to the Swede Henrik Stenson, was set to scoop the Triple Crown of Australian titles 12 months ago, only to drop a shot on the final green to allow McIlroy to win his only title of 2013, but he believes Northern Ireland's world number one has also inspired him to become a better golfer.

McIlroy said on Wednesday Scott was "too nice a guy" for a really fierce rivalry to develop.